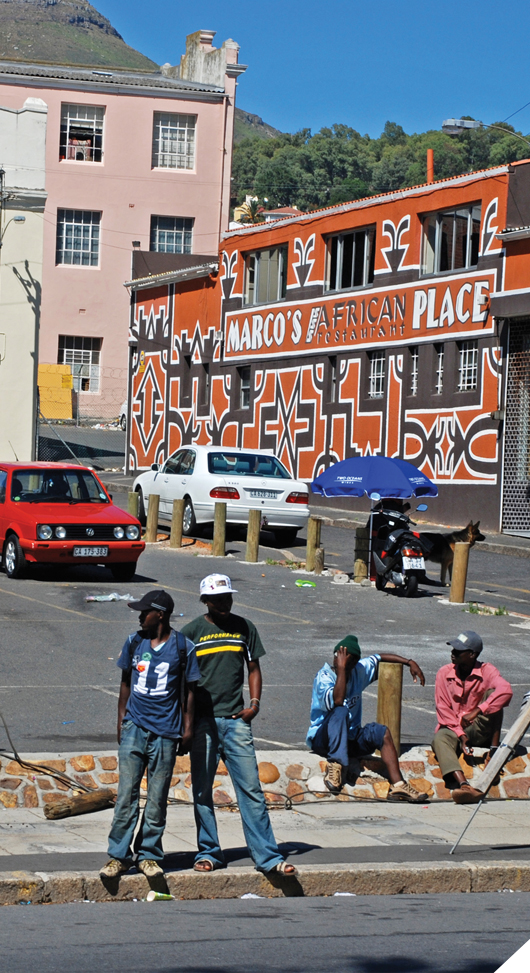 With soaring youth unemployment, a stagnating economy, and rising inequality, we have to question just how much our young people have to look forward to. Clearly we have a problem. Who’s going to solve it?

“I don’t like the term born free, because there is no African child Born Free in this country … I see it as a negative, false thesis that shows better change in this country, whereas all of us knows that life hasn’t changed for the better.”

The young man speaking here is named Thando. He’s talking to Vanessa Malila, a postdoctoral student at Rhodes University, for her paper Born free but still in chains. He’s one of several to speak in a similar vein.

Thando is voicing a common theme in the current South African discourse: the end of apartheid in 1994 promised a new beginning, with political freedom and rising prospects for all, but 22 years on, many of the so-called born frees are not yet enjoying the fruits of this new found freedom.

According to the World Economic Forum Global Risk Report (2014), South Africa has the third highest rate of youth unemployment in the world. From 2010 to 2016 it has risen from 50% to 52%, with the expanded definition – which includes those so discouraged they are no longer seeking work – as high as 63% in 2015.

A puzzling parallel problem is this: why, when so many of our youth are unemployed, do we still face a critical skills gap in the job market? Why, when nearly two-thirds of young people do not have jobs, are 96% of CEOs in the country concerned about a critical skills gap according to a PWC report? This despite the fact that government spends a relatively high percentage of GDP on the education system.

Various reasons have been put forward for this phenomenon; one of which is that there is a mismatch between what business needs and what the education and training system is producing. According to labour market analyst Loanne Sharp writing in a City Press feature titled, Degrees without Guarantees, 600 000 graduates were without jobs in 2012. But Haroon Borhat and fellow economists Alan Hirsch, Ravi Kanbur and Mthuli Ncube counter in their paper Economic policy in South Africa past, present, and future that there is a strong correlation between level of education and whether you have a job or not.

We can draw two main conclusions from this: one, South Africans need more access to tertiary education; and two, we need to direct students towards those areas where there is a skills shortage.

Borhat et al write that considering South Africa is a young nation built on a complex and very challenging political economy, expectations that the new government would get everything right quickly were naive. What other entities, then, can play a role in achieving these two objectives? The obvious answer is business.

Business has a huge incentive to solve this problem because millennials, also called Generation Y (those born between 1980 and 2000, which includes the ‘born free’ generation), while thought of as ‘high maintenance’ employees, are also highly prized as a dynamic force for innovation.

As scholars have pointed out, this generation thrives on challenges, enjoys freedom and the flexibility to be creative, and dislikes being micro-managed – the perfect recipe for innovation, which is widely touted to be the lifeblood of business success in a world of increasing complexity and competition.

And indeed, around the world, corporations are recognising the important functions they can play in marrying education and employment. In 2014, The Guardian reported that “economic powerhouses can attribute much of their success to their heavy investment in human capital”. Citing the examples of Samsung’s Tech Institutes and Honeywell’s Initiative for Science and Engineering (HISE), the publication suggests companies can use their assets to close the skills gap.

This has the dual function of building employee loyalty and driving staff retention in a competitive market. Billy Elliot, South Africa manager at the Top Employers Institute, points out that the new generation of employees no longer considers a salary alone highly motivating. Long-term investment in talent is essential, and leadership development programmes start from the bottom. It therefore makes sense to spot talent as early as possible and invest in education, says Elliot. Further, the kind of education they are investing in needs to be carefully considered, with a determined focus on ‘job readiness’, says David Taylor, Head of the African Institute of Financial Markets and Risk Management (AIFMRM) at UCT. AIFMRM has just launched a new Master of Commerce degree that was developed following several years of collaboration with industry. Taylor says that specialised master’s programmes of this kind that are structured as apprenticeships and are coordinated by both industry and universities should become “a matter of course” if the country wants to get to make headway in bridging critical skills shortages.

And what about those who don’t wish to study further after school? It’s just as important to invest in functional internships for artisans, particularly in the building trade. South Africa has a shortage of tradespeople and artisans, and currently the average artisan is bordering on retirement age. Who, when the current generation retires, will build the infrastructure for the next generation’s dreams and developments? Functional internships and career guidance from the appropriate businesses are essential here.

Schools can play an important guiding role here too, in helping young people decide which avenue they want to pursue after matric. The focus at schools should also be on job readiness, argues Nicky Sheridan, CEO of Christel House. Christel House uses a holistic approach to service learners from severely financially disadvantaged backgrounds. Its focus on creating jobready graduates includes driving the development of ‘soft skills’ to increase employability and running an entrepreneurship programme in the school.

The school does this with the assistance of corporate donors, such as Dell and MTN and Sheridan, who is the former head of Oracle South Africa, is a big advocate of the role that business can play in supporting interventions that work at school level.

Beyond the school walls, there is also much that business – in partnership with local government – can do to create enabling environments that will prepare learners to become economically active citizens. The Western Cape Government Smart Schools project – a R1.2 billion initiative that will link schools in the Western Cape through a high-speed, real-time wide area network (WAN) and include the provision of local area networks (LAN) as well as the building and refreshing of computer laboratories is a case in point. With any luck, this will provide school leavers with facilities that will not only drive greater computer literacy, but also enable easier job applications and communications.

If we are to really create a country that our youth can be excited to be part of, a realistic outlook is essential. We will need more education options – certainly – more access to the right kind of education or training and more funding opportunities as well as more support for young people to develop the right skills to become economically active.

The challenge is immense and the reality is that at this stage, however little we may like it, the taxpayer cannot continue to foot the bill on his/ her own. Business has a hugely impor tant role to play as a par tner in this process – and many are already heeding the call. They should be applauded for it, as our collective future really does depend on turning the numbers around: lower youth unemployment plus a lower skills gap will equal the healthier economy that we all so desperately want.