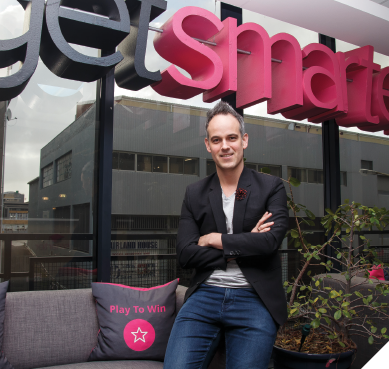 The GetSmarter deal shows that SA and Africa at large is the next hotbed for technological innovation led by start-ups.

Cape Town – The decision by Nasdaq-listed technology education company 2U to acquire Cape Town-based start-up GetSmarter for R1.4bn ($103m) is not only a vote of confidence in Cape Town and South Africa’s digital economy, but a classic example of bootstrapping eventually yielding significant results.

GetSmarter started off with just five employees when it was launched in 2008 by brothers Rob and Sam Paddock, backed by a very small budget derived from their family’s other business which was just enough to pay salaries. The company currently has a 400-strong workforce and could take on many more employees as it continues to show strong signs of growth following the acquisition.
GetSmarter’s growth is impressive. Its revenue was about R227m in 2016, derived from students enrolled in the company’s programmes with South African universities, with a significant element from new partners in Britain and the US.

Its business model is premised on working with universities such as Cambridge University, Harvard University, the Massachusetts Institute of Technology, the University of Cape Town, the University of Witwatersrand, Stellenbosch Business School, and industry experts to provide short courses. The programmes are delivered entirely online and target specifically, working professionals who might not necessarily have the time or opportunity to be in a physical classroom. 2U has a similar business model, but focuses on full degree programmes, partnering with colleges and universities to build digital education solutions.

GetSmarter’s purchase price is a measure of the high costs that universities will encounter if they decide to set up full online divisions of their own. 2U and GetSmarter represent an alternative highway to the future; partnerships between traditional public universities that bring expertise, reputation and credibility to the table, and for-profits that can manage the risk and flex with the requirements of a rapidly changing market.

For Sam Paddock, GetSmarter’s CEO, this deal presents a great opportunity for the company to grow and fully establish itself in the online education space. It also suggests that the digital economy in Cape Town is set to take off: “this is a clear message to all South Africans that we not only have what it takes to play on the global stage, we can win.”

In terms of the acquisition, GetSmarter will continue to operate independently as a wholly owned subsidiary of 2U, based in Cape Town. It will continue to be operated by its current management team. More generally, 2U’s confidence in GetSmarter also signals confidence in Cape Town and South Africa. South Africa’s digital economy is ranked 65th out of 139 countries surveyed in the Networked Readiness Index, up from 75th in 2015. This makes SA one of 10 most-improved countries, alongside Italy and Slovakia. In keeping with this, the Department of Telecommunications and Postal Services has called for input on the national e-strategy, e-government and ICT SMME support strategies. This is aimed at unlocking business opportunities and creating an enabling business and administrative environment for SMMEs in the ICT sector. Small and medium sized ICT players can only benefit from this.

Tech entrepreneur Eric MK Osiakwan, recently noted that the “Africa Rising” narrative is underpinned by an “Africa Tech Rising,” jumpstarted by pervasive connectivity as a result of Africans leapfrogging from almost non-existent fixed lines to exponential mobile growth at the dawn of the 21st century. Most recently, the Chan Zuckerberg Initiative (CZI), founded by Facebook founder Mark Zuckerberg and his wife, led a $24m investment round in Andela, a Lagos start-up that trains and deploys local software developers.

2U’s investment in South Africa is consistent with this trend. With the support that will follow, GetSmarter will mark Cape Town as a centre of expertise in the rapidly evolving field of digitally enabled education.