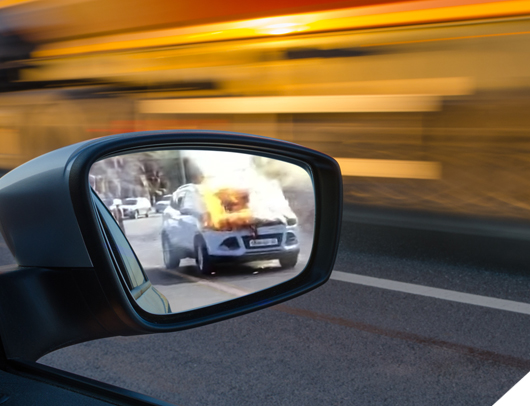 The brand image of Ford has been damaged significantly by the Kuga saga and the window of opportunity for Ford South Africa to win back consumer confidence is closing.

There can be no doubt that the Ford Kuga brand in South Africa is in trouble. The story of its problems does not need re-telling here. Suffice to say that after more than a year of largely avoiding the issue of its Kuga SUV’s propensity to burst into flame, the company was finally compelled to announce a recall for 2 566 Kuga 1.6-litre models in January 2017.

It didn’t really help that this voluntary recall came only after the company was put under pressure from the National Consumer Commission, which was concerned about avoiding further incidents. Up until this point, Ford had not produced a satisfactory response and was facing severe criticism from media and consumer agents and police were investigating the fires.

The company’s reputation has suffered, the brand is reeling, and while it is too soon to calculate the financial cost, one thing is certain – it is not too late for Ford to embark on a massive consumer and Public Relations (PR) campaign to rebuild trust with consumers and mitigate the damage done to its image.

Consumers are remarkably forgiving. Take the example of Volkswagen. Early in 2017, it was announced that the German car giant is now the world’s biggest car manufacturer, selling more vehicles than Toyota in 2016 – despite suffering damage due to a huge diesel emissions scandal.

Volkswagen was found to be cheating in emission tests to make some cars appear to be more environmentally friendly when they were, in fact, emitting up to 40 times more toxic fumes than permitted. The defect affected 11 million cars worldwide.
VW had to deal with car recalls, fines, prosecutions and settlements but was still able to record an overall 3.8% rise in vehicle sales. Its closest competitor, Toyota, also had to recall millions of cars due to safety fears over faulty accelerator pedals but remains one of the biggest – and most trusted – car manufacturers in the world.

Over the years, there have been many products tainted by scandal and worldwide recall. Food manufacturer Nestlé has battled many baby milk formula scandals but this does not appear to have affected the company’s standing as a leading food provider.

In 1982 multinational Johnson & Johnson also spent millions of dollars recalling the painkilling medication Tylenol in the US after seven people died following cases of potassium cyanide poisoning. It was revealed that the pills had been tampered with and new tamper-proof holders had to be made for the medication. The company destroyed 31 million capsules valued at $100 million.

Ford would do well to study how Johnson & Johnson dealt with the Tylenol crisis. In US business schools today, it is said to be the most widely taught case study of effective crisis management. Johnson & Johnson acted swiftly and decisively, turning the crisis into an opportunity. The company chairman appeared on commercials and did more than 50 interviews, and a press conference was organised to introduce the new packaging for the medication. It is widely believed that the crisis plan actioned by Johnson & Johnson was what really saved the day. Tylenol’s market share went up from 33% before the crisis to 48% days after the relaunch of the medication.

Ford needs to launch its own crisis plan

It seems unlikely that Ford will be able to replicate Johnson & Johnson’s success, given the company’s poor response to the Ford Kuga crisis thus far. But it is imperative that the company puts together some kind of war-room or operational team to drive a public relations strategy around the Ford Kuga incidents. Ford needs a marketing plan – not to sell more cars, but to restore consumer confidence. The company needs to appear to be open, honest and less concerned about the legal implications of the situation. Customer needs should be foregrounded.

Top of the action plan should be to hire a dedicated person to run a nationwide campaign and interface with the public. In addition, Ford should consider setting up a hotline where people can call in with their concerns, where customers can air their grievances – rather than turning to consumer forums such as Hello Peter.

Even though Ford has provided a customer service number for Kuga customers that might require further information and assistance, it is not helping that some of the Ford dealers are not ready to assist customers as instructed. The company needs to consider setting up dedicated centres where consumers can go with their cars for help and advice.

The window of opportunity is closing for Ford. The company will have to act quickly to avoid looking like it is acting only in its own interest. Some might say it is already too late. Other critics may point out that Ford is an entrenched brand, a huge international organisation backed by years of experience and consumer loyalty. While faith in the Ford Kuga may have slipped, the company has many other cars whose owners are loyal to their manufacturer.

One could only speculate to what extent the damage done to the Ford Kuga brand will spread to Ford itself. Much depends on how the organisation handles the situation from here on.

Whatever response it chooses it will be doing so in a difficult economic environment. New car sales are down: the latest figures show a 15.3% year-on-year drop in new car sales in South Africa. Reasons given are financial constraints – consumers are facing higher food prices, increased fuel prices and rising inflation. This year will also be tough for car manufacturers. Ford cannot afford to let its reputation be tarnished any further. It is time to stop the Ford Kuga bleed and to make the most of the small window of opportunity for Ford South Africa to repair its name and reputation.