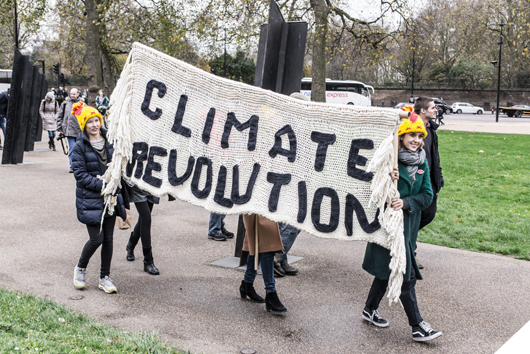 At a recent panel discussion at the GSB, I argued both for and against divestment: the broad principle is sound, but its application needs more sophistication.

The divestment campaign is part of an activists’ strategy to bring about reductions in greenhouse gas emissions. It counteracts an entrenched economic and institutional system with vested interests. Fierce resistance is to be expected.

Historical analogy can be helpful in this regard. Consider the abolition movement opposing slavery. The moral case for countering climate change is arguably similarly strong. Resistance to this movement also highlighted the expected economic costs. As it happened, abolition gave rise to innovation and economic advancement. (Though it’s also worth remembering that slavery is still with us, albeit less overtly.)

This analogy helps counter claims that investment decisions are not political, as argued by the president of Harvard. It is disingenuous to say that investments are made purely for economic reasons, as long as they are legal. Laws change, and norms play a role too. Just because slavery was legal does not mean that it was morally or economically right.

A second argument against divestment is that it will lead to reduced returns and higher risks for the investors and lower economic growth. The abolition experience is telling in this respect too; reliance on fossil fuels breeds the kind of intellectual laziness that slavery once did. Freeing ourselves from this laziness can unleash much more creative and potentially exponential gains from renewable energy and other technologies and innovations.

Some point to the specific South African circumstances, but even in a small market like South Africa, alternative companies can be added to the basket to maintain risk-adjusted return prospects. The economic foundation for divestment is further strengthened by a glut of fossil fuels, as evidenced in low prices, which will only grow when the Paris agreement is translated into targets in 2020.

A third counter claim is that divestment won’t make a difference; there will always be others who will take your place to invest in fossil fuel companies. But of course this depends on the proportion of participants, which is rising rapidly. More importantly, it is not primarily the economic impact on the fossil fuel industry that matters – it is the symbolic impacts, the stigmatisation. Some belittle symbolic impacts, but they can be very important. For instance, ask Shell about employing skilled engineers after the Brent Spar and Saro-Wiwa debacles in the 1990s.

So there is a compelling moral economic, and environmental case for divestment. However, the current approach of the divestment campaign is misguided. To paraphrase Einstein, it is trying to make things as simple as possible to enhance its impact, but in so doing it is making things too simple. Climate change is a complex problem and focusing on just one lever of change while disregarding the broader picture can be detrimental.

For a start, an important part of the divestment movement’s simplification process is to target a specific group of ‘fossil fuel companies.’ But where would you legitimately draw the line? It will necessarily involve some arbitrary choices. Moreover, divesting from oil companies will probably mean investing instead in, say, banks, which then pass the money onto those same oil companies. A more inclusive, holistic approach to strategic change in a broader range of businesses (especially finance) is required.

Second, there are likely to be unintended consequences, including possible job losses, especially if divestment decisions are implemented abruptly. Companies and sectors need to be given signals that changes are going to be made over a specified period, so that adaptations can be made as much as possible. Such adaptation will include, for instance, reskilling of workers.

Third, despite clear signs of unscrupulous behaviour among some of the targeted energy companies, it is unhelpful to paint companies with a single brush. Specifically, investors lose influence when they divest from one day to the next. As part of a gradual divestment strategy, an active shareholder engagement approach should be applied to cajole companies – those identified as ‘fossil fuel companies’ and others, especially banks – into making a broader array of shifts.

Finally, any organisation opting to include divestment into its strategy must get its own house in order. It would be hypocritical of UCT to divest from oil companies without making much more committed changes to energy consumption and generation on campus and members’ travel arrangements.

In sum, UCT and others should develop a hybrid approach that connects an active shareholder engagement strategy with clear expectations on a range of key social, environmental and governance issues. The parameters for such engagement exist in the form of the UN Principles for Responsible Investment, to which we should subscribe. But this engagement needs to be beefed up with much clearer expectations, especially on greenhouse gas emissions, and if such targets are not met, we shall withdraw funds. Moreover, we should do all this not just in a transparent manner, but vocally, so that our message is loud and clear: our research shows that current responses to climate change are too meek and we’re putting our money where our mouth is.