1. Celebrating a record 10 years in the FT Rankings

Rising to 59th place, the University of Cape Town Graduate School of Business was, for the 10th year in a row, the only African business school to be featured in the preeminent Financial Times (FT) fulltime MBA ranking in January 2014.

The GSB remains the only business school in Africa ranked in the FT Fulltime MBA Top 100 for its full-time programme.

The FT ranking is regarded as the authoritative ranking of MBA programmes, partly because of the manner in which the rankings are compiled. The FT incorporates 20 different sets of criteria, including survey responses from alumni who graduated three years prior to the ranking and a range of information from the business schools. Salary and employment statistics are also weighted heavily – an important factor for prospective MBA students, who report that they use the rankings to select the school that best suits them.

The GSB is also regularly ranked in the FT Executive Education customised rankings. In 2014 it was ranked 64th in these rankings .

2. Rated best in Africa by its global peers 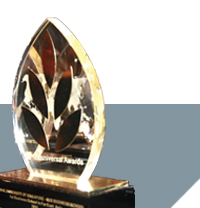 The UCT GSB has been rated the top business school in Africa and one of the top 28 in the world for seven years in a row by the Eduniversal World Convention of the Best Business Schools.

Eduniversal is a rating and ranking system that is distinguished from others by its peer-assessment component where deans and directors from the top 1 000 schools assess other shortlisted schools. The GSB has seen a rise in international students, who come to the school because it is internationally benchmarked and also has a reputation for exploring business model innovation in a developing economy context.

In July 2013, the GSB became one of just 66 business schools in the world and three in Africa to be ‘triple-crown’ accredited when it secured recognition from the Association to Advance Collegiate Schools of Business (AACSB).


To be triple-crowned, schools must be accredited by the three largest and most influential business school accreditation associations: AACSB, AMBA (the Association of MBAs) and the European Foundation for Management Development, which awards the European Quality Improvement System (EQUIS) accreditation.

Director of the GSB, Professor Walter Baets said that the prestige that comes with being triple-crowned is not to be taken lightly. “These accreditations are extremely valuable for a business school. Although many dismiss them as mere marketing collateral – they are an important investment in the quality of a business school,” he said.

“This has implications, not just for the GSB, but for business education in South Africa and the African continent generally. We are showing the world that African business schools should be taken seriously.”


The centre grew out of a common vision shared between the UCT GSB and Allan Gray; that values are implicit in leadership, that leaders should be motivated by a sense of purpose, and that their actions should speak louder than their words. According to Gray, values-based leadership involves a fundamental questioning of the principles by which the world has been doing business and the centre will explore what is required for the generation of new business and economic practices that are geared towards adding more value to society.

The Allan Gray Orbis Foundation was established in 2005 as an education and development catalyst to assist a generation of highgrowth entrepreneurial change agents to bring about job creation in Southern Africa. The partnership is by no means standard, because the relationship will be more closely knit than traditional partnerships of a similar sort between sponsors and business schools. Members of the foundation are at the forefront of the research agenda and help select the faculty members.

The relationship between the two also extends to a programme of internships and mentorship programmes available to GSB students through the foundation. At the same time, the foundation benefits from the fresh research and input to improve their endeavours.

In 2014, after a long search, Professor Walter Baets, director of the UCT GSB, was awarded the Allan Gray Chair for Values-Based Leadership.

“I am extremely pleased with the committee’s decision to appoint Walter Baets. In Walter we have someone who is passionate about the subject of values-based leadership – and can put the centre on the right path. Along with this is his ability to inspire others – and considering that a main aim of the centre is to ensure that the lessons are taken further into society, this is invaluable for the role,” said Gray.

Professor Baets’ responsibilities will include giving academic leadership and establishing a research agenda for the centre. The chair will be complemented by two senior lecturers, Dr Nceku Nyathi and Dr Timothy London, and two PhD bursaries.

As inequalities in Africa increase, despiteeconomic growth and a reduction in absolute poverty, people are beginning to realise that the classic ways of thinking in business schools about how to solve the challenges of unequal societies are not working. It is this that the Bertha Centre for Social Innovation and Entrepreneurship at the UCT GSB wrestles with.


The centre was signed into being in June 2011 with funding from the Bertha Foundation. Additional fundraising has ensured that the centre has grown into a leading force for social innovation in Africa, with the launch of several lines of enquiry ranging from innovation in health and education to the investing for impact revolution. The latter was featured in a 2014 World Economic Forum Investors Industries report. Other highlights from its first few years of existence include the introduction of the Social Innovation Lab as a stream on the MBA, the launch of the Bertha scholarships that allow socially-minded innovators to study at the GSB and the launch of a Master’s in Inclusive Innovation.

The UCT GSB pipped the University of the Witwatersrand’s Wits Business School in Johannesburg to the post to claim top position in the QS Global Business Schools survey in 2013.


The QS survey interviews employers who actively recruit MBA graduates. The survey is the largest of its kind and includes responses from 4 318 employers.

International recruiters “know first hand what they want in their employees and which schools most successfully engender these qualities. More importantly, they are the ones who decide who to hire based on this,” QS says on its website.

The survey includes 200 business schools around the world. UCT and Wits both fall into the second highest ‘emerging global’ category. “These are schools that can boast an established reputation for excellence beyond their region,” the report says.

IMAGE: Director of the Solution Space Sarah-Anne Arnold (right), with MPhil students in the space.
The UCT GSB has created an innovative space at the heart of its campus, to break the mould of a traditional business education in order for more holistic and creative responses to African challenges to emerge.


The Solution Space is dedicated to inventing and testing new business models, products and services, and incubating businesses aligned to African markets. It will act as a collaborative living lab for students, social innovators, entrepreneurs, foundations, government and industry players who are interested in finding new and creative ways to address complex problems on the continent. It houses the school’s innovation offerings including the MPhil in Inclusive Innovation and the Social Innovation Lab. GSB director, Professor Walter Baets says that the space is a manifestation of the business school of the future. “Business schools need to shift to meet the needs of an unpredictable and unequal world. This means we need to move away from just training MBAs towards getting involved in creating new business solutions for the world. We need to be more hands-on by turning out real solutions to real problems.”

In January 2014, Professor Walter Baets, director of the GSB, was elected as the chairperson of the Association of African Business Schools (AABS). AABS is a network of African business schools, formally established in October 2005 and registered as a non-profit organisation in September 2007. Through capacity-building, collaboration and quality improvement programmes for deans or directors and faculty from African business schools, it aims to increase their effectiveness and improve management education in Africa, thus enhancing the relevance and contribution of business schools to African development.


Professor Baets, who says he is enjoying his tenure, will hold the position until 31 December 2015. “It’s good for the GSB to be able to play a more active role in this fine association. Traditionally, the GSB has had more collaborations with US and UK business schools, so the AABS allows us to build relationships with other African schools something that I believe, in the spirit of creating African management for Africa, is very important,” he said.

UCT’s Graduate School of Business was among 64 global schools featured in a new guide by the United Nations on the principles of sustainable management education (PRME) published in 2012.


The Inspirational Guide for the Implementation of PRME: Placing sustainability at the heart of management education, an initiative of the UN Global Compact, was launched in Rio de Janeiro, Brazil, in June, on the occasion of the third Global Forum for Responsible Management Education. The Global Compact looks at issues of human rights, labour, the environment and anti-corruption in business.

The guide provides answers to the most frequently asked questions about the implementation of the PRME.

It also seeks to inspire further integration of PRME by highlighting real world examples of the principles in practice at signatory schools and universities.

Speaking about the guide, director of the GSB, Professor Walter Baets said that it is a testament to the innovation of the two South African schools – the GSB and Stellenbosch University Business School – that they are included in the guide.

10. Taking take on the world 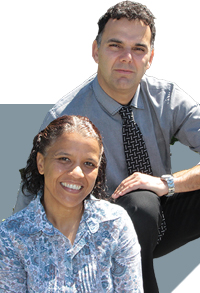 With the GSB’s increased presence on the world stage, the school has opened an International Office, which plans to develop an integrated international strategy for the school.