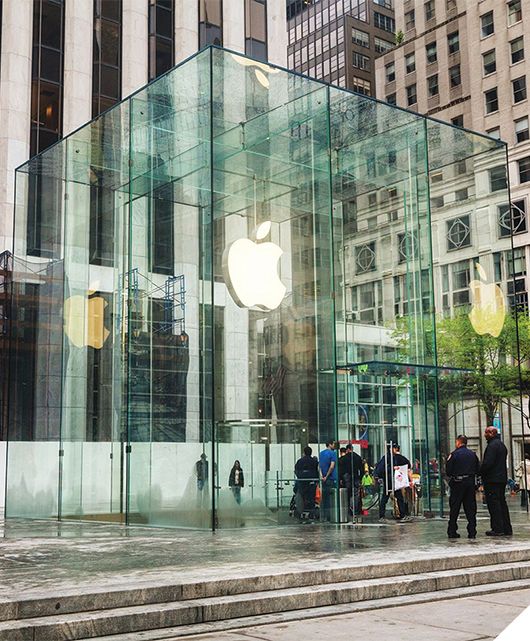 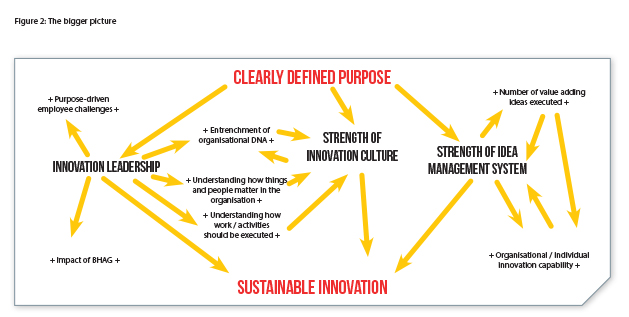 The benefits of creating a culture of true innovation in any organisation are manifold, so how come so few get it right? But with a structured, purposeful approach it is easier to build an innovation culture than many might think.

The word innovation has come to mean many things to many people. It has become meaningless to some, a chant for significant operational improvement to others, a means to add a grandiose sense of drastic improvement focus to shareholder statements or a manner to motivate employees to think ‘outside the box’. In a certain sense becoming everything to everyone, the view of innovation as the focused ability to deploy strategic differentiation in the market has been diluted. And ultimately, the gap between the perceived view of innovation and the organisational capability to sustainably deliver practical and pragmatic innovations has widened.

If we relate organisations to national teams competing in the Olympic Games, then it would be as if many of the teams spend more time talking about how to improve and what is expected to be the best in each of their events, rather than getting out there to train, experiment, learn and, in the long term, build world-class muscle memory. This may be one of the reasons that, even with the wealth of knowledge available about purposeful innovation and how to cultivate a true culture of innovation, there are few examples of companies that have been able to establish and leverage those aspects successfully.

There are many reasons why pursuing true innovation may sound like a daunting task for organisations. These include a fear of letting employees act in a loosely regulated manner, approving work with an emerging focus without an exact view of what the outcome may be, finding time for innovation with looming deadlines and, in general, anticipating that the organisational change implications of truly pursuing a culture of innovation stretch far and wide.

So, why should anyone push through the pain to pursue of a culture of true innovation? There are many reasons, however the three most important are: to build a culture that attracts the best talent; to provide an environment that will stimulate employees and nurture a high-performance, forward-thinking culture; and lastly, to make sure that the organisation plans and prepares to win instead of doing some work and hoping it’s enough. The pursuit of true innovation is a long-term, continuous improvement initiative that becomes ingrained in the organisational DNA in the longer term. It’s not a light switch that can be turned on and off as required.

The gap between what organisations perceive as being required to establish a true culture of innovation and what actually needs to be in place may be vast, however, with a structured purposeful approach, it is much less daunting and more achievable than many organisations may expect. The essential elements required to build a foundation that may enable organisations to bridge the gap can be seen as a three-legged stool. The success of the stool lies in all three legs being present and in support of each other. The three elements are: an idea management system to translate ideas into value adding innovations, a relevant innovation leadership style and a proactive approach to cultivate the required organisational culture to drive sustainable innovation.

The first element may be seen as the backbone of the innovation system. An idea management system ensures that effort put into innovation is transformed into organisational and personal value. An idea management system has to deliver two primary elements. Firstly, the system needs to enable an organisation-wide effort to identify, capture, evaluate and execute innovation opportunities. Ideas can be captured individually or through innovation labs, ensuring cross-functional interaction and a culture of experimentation. Secondly, the innovation system has to provide ways for employees to develop their innovation capabilities through continuous learning. This can be done by communicating current information, running workshops on forward-thinking techniques and sending individuals on relevant training courses – including exposure to external innovation experiences and possible collaborations with other organisations. Establishing an idea management system with effective measurement and reward mechanisms will already start to cultivate the next two critical elements – innovation leadership and the relevant organisational culture.

From an innovation leadership perspective people need to be challenged – consistently – with the right questions that guide individuals to open their minds when investigating possible solutions. Instead of only using business goals, a clearly defined BHAG (big hairy audacious goal, as proposed by Jim Collins and Jerry Porras in Built to Last: Successful habits of visionary companies) and supporting network of challenges posed as questions will motivate employees to be forward thinking and curious about the future. People need challenges; it helps them to feel a sense of accomplishment and often acts as the kernel for the growth of intrinsic motivation.

Culture is the game

In terms of the culture, the most important aspect is to remove the fear of failure and instil enthusiasm for forward-thinking solutions. There is a wealth of information about the importance of a relevant organisational culture with guidelines to establish the winning formula. However, by putting a few key elements in motion the required culture may come to life faster than expected. Spinosa et al state that the style of an organisation consists of three core aspects, namely defining which activities and outcomes are seen to matter in the organisation, how work is organised and what the organisation does to cultivate a specific DNA within employees. All three of these aspects can be purposefully designed, communicated and celebrated. There’s a good reason why former chairman and CEO of IBM, Louis Gerstner was quoted in Business Week saying that, “I came to see, in my time at IBM, that culture isn’t just one aspect of the game, it is the game. In the end, an organisation is nothing more than the collective capacity of its people to create value.”

Establishing the idea management system, relevant leadership style and culture may act as the key drivers to deliver sustainable innovations. Further to this, understanding the dependencies between these drivers will unlock a deeper insight that few companies have been able to leverage.

Figure 2 highlights the causal relationships between the three core aspects. Only positive variable relationships are depicted, i.e., as one variable increases, the other will too. As an example, when looking at the whole, it becomes apparent that a clearly defined organisational purpose grounds any form of true innovation. This may seem obvious; however, many organisations miss such insight because the big picture isn’t taken into account. Each of these variables have been broken down one level further, providing a blueprint of the various aspects that can be focused on and the probable outcomes that may be expected.

The path to cross the innovation gap will never be clear and having a clear-cut path shouldn’t be the goal either. Instead, with a clear purpose in mind and a good understanding of the components that make up the bigger picture, organisations should aim to build the innovation system one component at a time. In the end, an organisation’s ability to innovate will be strongly correlated to the maturity and purpose driven interplay between the relevant innovation leadership style, organisational culture and idea management system.

Establishing a culture of innovation will take employees on a disruptive journey that is filled with uncertainty and discomfort. However, the rewards of focusing on the right aspects to breach the innovation gap are huge, as can be seen in the likes of what companies such as Apple, Google, 3M, Salesforce.com and Proctor & Gamble have been able to accomplish.