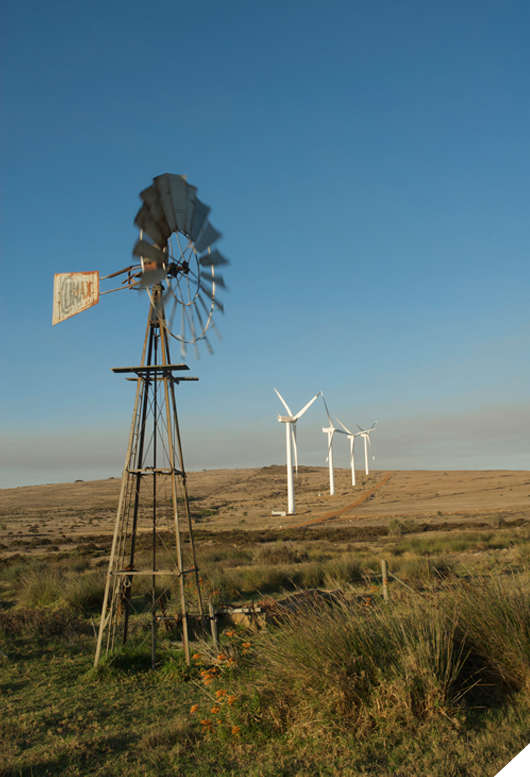 South Africa’s renewable energy private sector investment programme is widely regarded as one of the most successful in the world, so how can its winning formula be rolled out to the rest of the continent, where a staggering two thirds of the population still live without electricity?

It is surprising how many people still believe that renewable energy (RE) is too expensive to be a viable option for power generation.

GIobally, innovation and competition have driven down costs, and solar photovoltaic (PV) and wind energy are now among the cheapest electricity sources in many countries, including South Africa. While intermittency remains a challenge (the wind does not always blow and the sun does not always shine), renewable energy combined with load-following generation sources such as gas-powered turbines offer reliable electricity supply, and future innovation in electricity storage will be a game changer.

In sub-Saharan Africa (SSA), South Africa is the undisputed leader in renewable energy. Its Renewable Energy Independent Power Producer Procurement Programme (REIPPPP), launched in 2011 to promote private sector investment into grid-connected RE generation, is widely regarded as one of the most successful of its kind anywhere in the world. South Africa has achieved more investment via IPPs in four years than the rest of SSA over the past two decades. Independent power producers (IPPs) were invited to submit bids for a variety of RE technologies under a competitive tender process. To date, four such bidding rounds have been completed, resulting in 92 projects totalling 6,328 megawatts and R192 billion in private investment.

And that’s not all. The tariffs of South Africa’s most recently awarded solar PV and wind projects are lower than the national utility’s average cost of supply. They are also amongst the lowest priced grid-connected RE projects in the world with wind energy now as low as 57 c/kWh (or below 4 USc/kWh).

Unlike unsolicited directly negotiated projects where contract negotiation takes place between the IPP and host governments or utilities on a case-by-case basis, South Africa’s bidding process awards multiple bidders in each competitive tender. These also tend to reduce corruption when compared to directly negotiated projects, and the REIPPPP has maintained high levels of transparency and security to ensure objectivity during bid evaluations.

The competitive nature of this procurement model results in considerable economic advantages. Between bid window 1 and window 4, the average price of wind energy dropped by 48% and that of solar PV by 71%. This also speaks to the benefit of running multiple bid rounds. IPPs are able to bid more competitively as they learn from prior in-country experience and competition may grow as investors develop confidence in the programme.

South Africa’s success, however, stands in stark contrast to most of its African neighbours. SSA has a general under-supply of power generation (not specific to renewables).

So what is standing in the way of taking renewable energy in Africa to the next level? Several reports released in the past few months have highlighted Africa’s potential in this sphere. According to the International Renewable Energy Agency Africa 2030 report, renewable energy has the potential to more than quadruple by 2030 to 22% of total power supply, compared to today’s level of about 5% – and yet progress is slow.

The South African example suggests that technology and cost do not have to be an obstacle. Rather, the primary barriers to implementing RE across Africa remain institutional. Africa needs to build on best international practices in running competitive tenders or auctions for new power generation capacity, including renewable energy.

At the moment however, corruption is rife in many countries, causing problematic tender processes. The majority of power projects in Africa were procured through unsolicited, directly negotiated deals, but research from the Management Programme in Infrastructure Reform and Regulation (MIR) at the UCT Graduate School of Business (GSB) shows that competitive tenders or auctions for renewable energy (and other off-the-shelf energy technologies) are always cheaper. This is clearly the way to go.

Several SSA countries have now implemented or expressed interest in competitive tenders to secure renewable energy, and while not all elements of the REIPPPP will be replicable in other countries (particularly its stringent economic development requirements imposed on bidders), there is scope for these countries to use the REIPPPP as a skeleton framework and adjust as necessary. There is currently a strong interest from international developers in Africa and governments could capitalise on this by using the REIPPPP framework as a springboard to launch a quality procurement programme in a shorter amount of time.

The South African example points to several key elements that must be considered in the roll-out of similar RE investment programmes in Africa. An in-depth review of the REIPPPP carried out by the MIR has distilled several recommendations. These include setting clear RE policy within an overall integrated electricity plan and fostering an enabling environment. A programme champion needs to be mandated and given the resources to hire experienced transaction advisors to design a renewable energy auction based on international best practice.

A key consideration for any IPP is whether the contracts associated with the competitive tender or auction are ‘bankable’; in other words, whether the terms will be acceptable to lenders in the event of payment defaults. Again, international best practice and expert legal drafting is crucial. In most African countries, it will be necessary to provide some form of credit enhancement and additional security to attract sufficient investment for these project-financed deals. The REIPPP included an effective sovereign guarantee embedded in the implementation agreement, although the contingent liability for the South African government was mitigated by an inter-governmental framework agreement that commits Eskom to make good any payment defaults through pass-through of regulator approved tariff increases.

Renewable energy is capable of providing a significant alternative to conventional fossil fuels in Africa. This applies not only to the largest resource, solar PV, and the other popular option of wind generation, but also to the continent’s substantial hydro reserves (predominantly in the DRC and Ethiopia) and geothermal resources in Kenya and Ethiopia – both of which can serve as base load options. However to properly unlock all RE resources, it is vital that SSA governments adequately incentivise private sector investment, while also preparing their procurement programmes in a way that ensures that a fair amount of the benefits and wealth are realised, and stay, in their countries. South Africa has proven that a well-designed competitive tender or auction can achieve this, and the potential for other SSA countries to build on this framework remains an exciting possibility.