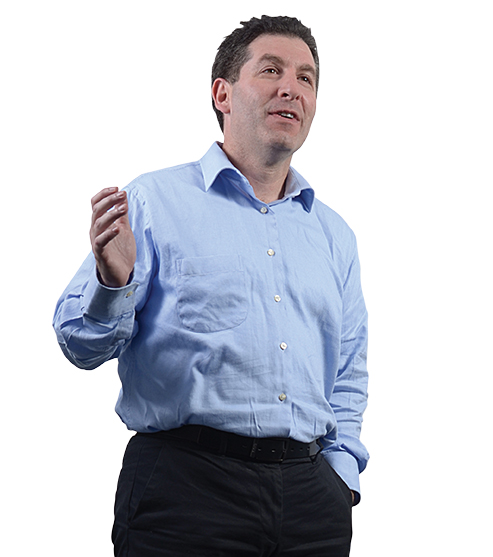 AllLife co-founder and Group CEO, Ross Beerman, is usually met with disbelief when he reveals that his company is in the business of offering life insurance to HIV-positive people. But the company’s 50% growth year-on-year over the last five years proves the sound strategic thinking behind this industry innovation. It all began with a conversation over a cup of coffee.

Beerman and Avron Urison’s discussion was about the dismal HIV/ AIDS situation that existed in the country in 2002 and, specifically, the unfortunate fact that a staggering 17% of South Africa’s employed adult population, infected with HIV, were unable to access life cover. This meant they were less likely to be able to buy a house, start a business or get an education. For the non-wealthy, it could mean a steady slide into poverty.

Beerman says, “Working in private equity for a while meant it was my habit to keep an eye out for commercial opportunities. I believe entrepreneurs should look at the spaces in which people specifically think there are no opportunities. Urison and I realised there was a real need for an insurance product for a manageable, chronic disease like HIV/AIDS. We began to talk about how it might be possible to deliver to that need.”

Beerman, like Dr Urison, was an MBA graduate of UCT’s Graduate School of Business (UCT GSB), which he credits with having a massive impact on his ability to change career paths from engineering to investment banking. He had done a stint with a United States investment bank and worked in private equity on his return to South Africa. Urison had practiced as a medical doctor, been the CEO of MRI South Africa, and worked as a healthcare business consultant with a particular focus on HIV/AIDS clinical and management programmes. They were later joined in the venture by a third UCT GSB graduate out of McKinsey and Company, Paul Stanley.

The trio’s track record in the corporate world spoke for their reputation and allowed them the opportunity to interact with investors. Their greatest hurdle was convincing those investors that their business strategy – which flew in the face of insurance industry norms – was the result of sound business judgement and that they intended offering a full-profit insurance product to a particularly high-risk clientele.

“Everyone thought we were insane,” Beerman says. “We had to fight against industry norms that drove most of the behaviours in the industry at the time. The message to potential clients up until then had been that HIV-positive people were not expected to live long enough for insurers to make a profit. We began to tell clients that they could manage their health correctly, live a very long life and have the opportunity to undertake long-term projects.”

Since AllLife opened its doors in 2004, their clients have committed to regular medical visits and to following treatment protocols. The company has agreements with the majority of medical providers and has created new computer systems to track clients’ medical improvements (a key cost driver). Reminders of blood tests and visits to the doctor are sent out, and staff members, who can always be contacted, speak to each client an average of once a month. This has meant that new systems had to be created to deliver this feature at low cost to a mass market.

Clients now average a 15% improvement in their CD4 count – an immune system marker – six months after being insured, whether or not they are taking antiretrovirals. The company even receives applications from people living with HIV/AIDS in the USA, Europe and Asia who can’t access life insurance. Beerman says, “We’re operating in an emerging market using first-world infrastructure to deliver our business model. We’ve even had to change the standard insurance industry distribution model – AllLife sells directly to HIV-positive clients because intermediaries just weren’t comfortable discussing the issues with them.”

AllLife now offers a similar product for people living with diabetes, since this chronic disease requires a similar management process to that of HIV/AIDS.

Beerman uses this analogy to describe his business: “If you’re an Average Joe, you can buy a suit anywhere, but if your size is non-standard you have to go through a bespoke, time-consuming, tailored process. In insurance this means medical tests, screening, committing the time and effort to showing a track record of managing your disease in order to get insurance. We’re the ‘big-and-tall’ store where diabetic and HIV-positive people can get a mass retail experience otherwise denied to them. This means clients can get cover when they want and need it, which makes us dramatically different in the insurance space.”

South Africa is an emerging market – in the process of finding its feet in a fast-changing global economic environment – with more than its fair share of challenges. But it is exactly this environment that presents opportunities to those who are willing to innovate, Beerman says. “Absenteeism in South Africa has risen tenfold in two decades, due largely to the impact of HIV/ AIDS on individuals’ health. The rate of absenteeism organisations face – higher than their competitors elsewhere in the world – has a significant impact on productivity. A negative, yes, but also an opportunity for AllLife to take an innovative product to market that minimises the impact of HIV/ AIDS on an individual’s ability to earn by helping them to manage their disease and stay as healthy as possible.

“We have a massive market to grow into,” Beerman says. “We can reach far more people, but the rate at which we grow will depend partly on the amount of capital we are able to raise.” And this remains AllLife’s greatest challenge going into the future. As a direct marketer, the company uses television, the internet and mobile technology to advertise its services. Of course, this generates leads and leads become paying clients, but first it must fund its high marketing costs; in order to do this, it will need access to capital.

Beerman believes that South Africa offers both obstacles and possible boons to its entrepreneurs. “It’s a tough market in which to be an entrepreneur. Capital is difficult to access and industries can be highly regulated. But if you get your innovation past these challenges, you’ll likely find yourself in a space all of your own with competitors trailing far behind.”