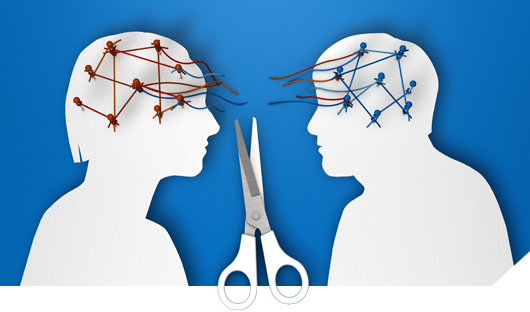 The psychological contract between employer and employee – as well as between workers and their peers – is a fragile bond anywhere; and in South Africa it comes with its own set of unique challenges. Properly nurtured, it can unlock productivity and boost economic growth. Left unattended, it can undermine both.

In any workplace, the psychological contracts between its inhabitants are an integral part of the productivity of that organisation. Workers, as much as their managers, have certain expectations, and the results can be disastrous if a promise – even an unspoken one – is perceived to be broken.

This loyalty requires respect for the worker’s personhood. Globally and locally, employees – particularly the younger generation – are increasingly demanding recognition and a voice with regard to their employment conditions and workplace relationships. In South Africa, where thanks to the country’s apartheid history, a significant portion of the population has been actively deprived of their voice, this is particularly charged. Employers who do not acknowledge this – covertly or overtly – are treading on dangerous ground.

Understanding what makes or breaks a psychological contract

Scholar Denise Rousseau has described psychological contracts as motivating workers to fulfil commitments made to employers, when they are confident that employers will deliver something in return. Factors that affect the psychological contract, she argues, include the impact of entering into such a contract voluntarily (voluntary commitments tend to be kept), a belief in mutual agreement (or a mutual understanding of what has been said), incompleteness (or the need to flesh out psychological contracts over time, as the relationship develops), the presence of multiple contract makers at various levels of the organisation, and the need to manage loss when a contract collapses or fails.

But beyond simply setting the expectations the employee has of the employer and vice versa, or maintaining strong team bonds between peers, psychological contracts include an intricate and complex web of social and cultural dynamics. The difficulty with psychological contracts in general is that, so often, key aspects are not clearly communicated. And in South Africa, where there are diverse cultural and personal needs in play, mutual understanding cannot be taken for granted. Communication styles, too, may vary more than the average, not to mention linguistic diversity. As a result, there is a greater risk for misunderstanding.

Additionally, South Africa is recovering from a unique set of historical circumstances and inequalities that caused a stagnation of growth both in employment and educational spheres, and the understanding of these is often perceived differently by various generations.

Beyond the usual differences between, say, Baby Boomers and Millennials, there are also vastly disparate political viewpoints to navigate in the South African workplace.

Other factors, such as the limited efficacy of national training facilities and the poor impact of Sector Education and Training Authorities also contribute to an overall national skills shortage. South Africa therefore has a very large number of unskilled workers and increasingly tight competition for the limited pool of talented and skilled individuals – although this is not, of course a uniquely South African phenomenon. Researchers Markova and Ford argue that in such a situation, people management differentiation is particularly important if organisations are to maintain a competitive advantage.

In South Africa, inter-generational differences carry their own unique stamp. Generally, Baby Boomers prefer teamwork where they are in charge; Generation X tends to favour teams where individual contribution is valued; and Millennials enjoy teamwork but require some supervision. The Millennials are categorised into the Transition Generation and the Born Frees, who have a very different understanding of their rights and obligations; and previous generations in turn have had their workplace expectations coloured by apartheid.

This can manifest in any number of ways: in terms of access to resources (e.g. education and training or transport); in attitude to employment equity policies; what constitutes a reasonable work-life balance; or different understandings of when time off should be given for cultural observances, for example.

It’s important to note here that Millennials of all flavours typically show little allegiance to their employers, but higher levels of loyalty to their work and their peers. This underlines that as the new generation increasingly moves into the workforce, the need for sound relationships between all parties within the workplace becomes more important than ever to foster loyalty.

The good news is that while there are challenges shaped by South Africa, so too there are uniquely local solutions. The concept of Ubuntu has gained traction in the workplace, signifying an attempted return to African cultural values eroded by both colonialism and apartheid according to local researchers Beet & La Grange. The values of generosity, hospitality, friendliness, care and compassion through being human – as Archbishop Emeritus Desmond Tutu puts it – as well as accessibility and affirmation, underpin Ubuntu. For organisations, this means staying focused on solidarity, respect and compassion, both in and out of the workplace, argues Lovemore Mbigi in his book Ubuntu: the African dream in management. This runs in parallel to the expectations of Millennials globally.

Human Resources (HR) professionals are also probing the inter-generational aspect of relationship building, not just the potential pitfalls. A system of “reverse mentorship”, for example, allows for skills transfer between generations – where a Baby Boomer or Generation X colleague may offer a Millennial experience and insight; the Millennial, in turn, might bring new knowledge of updated skills or technologies. Bringing Ubuntu into the workplace involves strategies that build and consolidate these interpersonal relationships, so that more effective cross-generational collaboration can flourish.

Start as you mean to go on

All workplace challenges can be more easily navigated if well-understood psychological contracts are in place. The stronger these are, the more likely their positive impact on the country’s economic growth. But their often unspoken nature makes this tricky. And it starts even before the job interview, with prospective recruits forming expectations based on branding, and the wording of job advertisements. It is therefore crucial for managers and HR staff to ensure that communication is clear, considerate and respectful beginning at the interview stage; and that mutual understandings are clarified to avoid the breakdown of trust.

If employee relationships are at the heart of retaining the competitive advantage, then successfully navigating the complex territory of a psychological contract in South Africa is central to this. Ensuring ongoing strategic competitiveness, improved performance and long-term organisational sustainability depends on mastering an intricate tight-rope walk between cultures, demographics and generations. But with focus, respect and clear communication, it can be done .