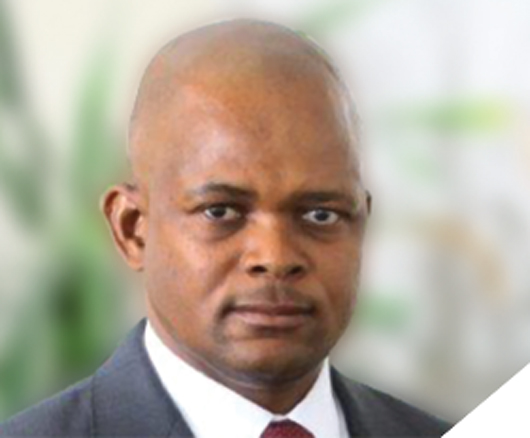 GSB alumnus takes up key role as the new deputy CEO of the Botswana Stock Exchange and wants to contribute to developing the BSE to become one of the leading stock exchanges in Africa and beyond.

At just 38, the new deputy CEO of the Botswana Stock Exchange (BSE) is anything but wet behind the ears. A recent MBA graduate of the UCT Graduate School of Business, Thapelo Tsheole represents a new wave of younger leaders determined to make a difference on the African continent.

“I will not only work to improve my worth, but to prove that young people can meaningfully contribute to the development of the economy,” Tsheole says.

Tsheole, who took up his new role in February 2014, says he plans to contribute positively to the growth of the BSE and its positioning as one of the leading stock exchanges in Africa.

Working alongside current CEO, Hiran Mendis, he will focus on growing the size of the BSE and other strategic initiatives, which include influencing the competitive advantages offered by Botswana.

Tsheole says Botswana is a well managed country and should take advantage of the opportunities provided by its comparative advantages, including easy investment and being the country with the highest credit rating in Africa.

The spirit of innovation, entrepreneurship and a values-based approach – all elements emphasised by the GSB that he says he absorbed during his time at the school – will be infused into his new role.

Tsheole prides himself in his talents and the courage to express himself, as well as the ability to positively impact on his employees.

“The GSB taught me several key values: to be passionate, to have a spirit of innovation, entrepreneurship and personal growth, and to take pride in what I do,” he says.

“It is always great when we hear of the achievements of our alumni. And this is a fantastic one,” he says.

Tsheole’s new appointment will give him the opportunity to strengthen the economic development of Botswana, Baets says.

Before joining the BSE, Tsheole worked as settlement supervisor and dealer in the Bank of Botswana’s Financial Market Department and researcher at the Directorate on Corruption and Economic Crime (DCEC).

Since joining the BSE in 2007, Tsheole has played a key role in developing Botswana’s capital market development policy initiatives, introducing three bond indices and listing the exchange trade fund on the BSE.

He hopes to build on this work going forward, adding that, as a result of his time at the GSB, he has become a far more passionate and inclusive individual, and will aim to create a passionate team in whatever he does.

“I have learnt to a large degree that the need to facilitate growth, innovation and different ideas must be accommodated,” he says.

2 Responses to Representing young leaders in Africa and beyond