IMAGE: To celebrate the launch of the Postgraduate Diploma in Management Practice a special mural was created in a single day on the UCT GSB campus. Although later painted over, the sequence was filmed for a promotional video which can be viewed on the UCT GSB YouTube page.
The University of Cape Town Graduate School of Business (UCT GSB) is launching a new postgraduate diploma to overcome the lack of qualified and skilled middle managers that is aggravating Africa’s already turbulent economy.

South African business schools offer excellent top-end and lower-end business qualifications – but there is a gap in the middle of the business education ladder. It is this gap that the UCT GSB aims to fill with its important new course – the Postgraduate Diploma in Management Practice (PGDip).

“What we don’t see in South Africa is the kind of qualification that speaks to middle managers and young senior managers and which goes beyond functional insights. At this level, people need not only knowledge of finance and accounting, but also how to go beyond this and use it in a broader framework,” says director of the UCT GSB, Professor Walter Baets.

The PGDip, which will run for the first time in 2015, is a pre-master’s programme that builds vital business skills for success in uncertain economic times. It offers a choice between three specialisation streams: Innovative Leadership, Wine Business or Business Administration.

Baets believes companies need employees who are skilled at postgraduate level, who have some kind of basic management knowledge but need the expertise that comes with the deeper business and psychological insights that traditionally come with longer and more expensive courses such as an MBA. “This is where there is a lot lacking in competence in South Africa. It’s not at the top, but in the management positions where people lack basic knowledge and integrative insights,” he says.

Saskia Hickey, UCT GSB market intelligence and strategy manager says “the programme gives participants tools that allow meaningful reflection, challenging individuals on a personal as well as professional level.” Hickey adds that an important difference between the new PGDip course and traditional management programmes is that in the PGDip there is real integration between subjects, which allows crucial insights into how sections like marketing, accounting and finance all come together in a company or organisation.

The programme takes a systems thinking and action learning approach, a proven educational method developed and perfected over several years at the UCT GSB in its other business education courses. Students implement knowledge in their workplaces in between modules via action learning projects. This means companies and organisations see immediate benefits from employees participating in the course – while individuals are able to witness how theories work in practice – a valuable educational tool.

Professor Baets believes that in the future, business schools will develop more postgraduate diplomas as these address immediate needs and offer condensed knowledge packages in interactive formats, making them optimal for learning.

“We all like to think we are good in management practice without having had any training and of course, there are a few exceptions but there can only be so many Richard Bransons and Bill Gateses. For most people, it can help enormously to get this kind of structured approach and in one year, they can obtain enough information to contribute vastly to their organisation or company.”

Professor Baets says business schools have to respond to the needs of society. “We cannot keep at one kind of learning when it is clear that more people want and need another kind of education and learning approach. “More people want this as it is a way in which skills can be applied very quickly and it is an extremely powerful and effective tool,” he says.

Business roundtables focus on the big issues of the day

IMAGE: At one of the recent UCT GSB business roundtables to discuss the BRICS bank were Mills Soko, associate professor at the UCT GSB and Michele Ruiters, Africa integration specialist at the Development Bank of Southern Africa.
The UCT GSB has initiated a series of high-level business roundtables aimed at facilitating and stimulating debate on issues of key economic and social importance for South Africa and the broader African continent.

Series organiser, GSB Associate Professor Mills Soko says that the events are designed to get business leaders, policymakers, academics and civil society representatives literally around a table to flesh out some of the pressing issues of the day. Topics covered since the series was initiated in May include a debate on the future of mining in South Africa following the protracted platinum strike, an assessment of EU/South African economic relations, a preview of the US/Africa Leaders Summit, and a discussion on South Africa’s role in the newly-established BRICS bank.

“As interest grows in South Africa as a global economic player, it is becoming more critical that we are well informed and asking the right questions about these issues,” says Soko.

“Universities and business schools must play a key role in facilitating and stewarding these conversations. We want to deploy the school’s convening power to promote structured dialogue around current socioeconomic and business challenges. As Africa’s top business school, we believe we are well placed to lead this process.” 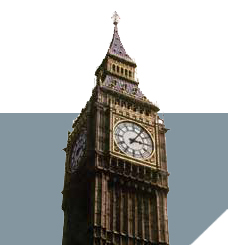 The UCT GSB has launched a UK alumni club, to give graduates based in the UK more opportunities to connect with each other and to stay in touch with the newest thinking in the business world.

Dubbed The Graduates, the club plans to convene four unique events each year. It held its inaugural dinner on Monday 13th October with guest speaker James Espey OBE. The annual subscription fee for membership of The Graduates will be given 100% to the newly launched Alumni Endowment Fund, which will be used to fund bursaries for talented students from less privileged backgrounds to study at the UCT GSB.

Newly appointed Fundraiser at the GSB Peter Wingrove says, “The UCT GSB is the top business school in Africa, but to remain the best, it needs to be able to fund world-class international faculty as well as deserving students, regardless of their financial circumstances.”

Wingrove says he plans to have a UCT GSB endowment in place by 2016 when the school celebrates if 50th anniversary. 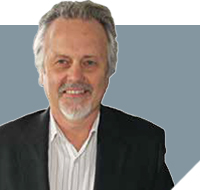 Energy and infrastructure expert Professor Anton Eberhard has been appointed to the National Advisory Council on Innovation (NACI) – an advisory body to the Department of Science and Technology on the role and contribution of science, mathematics, innovation and technology, including indigenous technologies, in promoting and achieving national objectives.


Professor Eberhard, who directs the Management Programme in Infrastructure Reform and Regulation at the UCT GSB and is a member of the National Planning Commission, is an advocate for the reform of state-owned utilities to improve the supply and access to electricity in emerging countries on the African continent.

“Innovation is the key to finding new ways to address the many challenges South Africa faces in the fields of science and technology. We need to find our own solutions to our infrastructure and technological challenges. And we are up to the task,” he said. 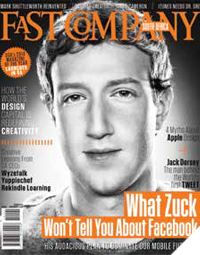 The UCT GSB is a key partner in the local version of FAST COMPANY magazine – the US’s most popular and progressive business media brand – which launched in South Africa in October.

The school’s director, Professor Walter Baets, sits on the editorial board of the publication and has also been invited to contribute a monthly column. “We are really excited to be associated with this prestigious publication,” said UCT GSB marketing director Saskia Hickey. “FAST COMPANY celebrates a new breed of innovative and creative thought leaders who are actively inventing the future of business and this fits perfectly with the GSB brand.”

FAST COMPANY will be published in South Africa by Insights Publishing in Cape Town and edited by Robbie Stammers, former editor-in-chief of Leadership Magazine. 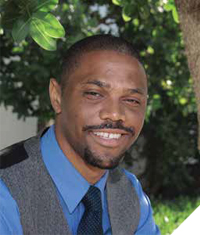 IMAGE: Dr Nosakhere Griffin-EL.
Business educators from across Africa were urged to think more innovatively in order to offer relevant and meaningful training to the continent’s future business leaders at two events hosted by the Association of African Business Schools (AABS) at the UCT GSB in July.

While the latest economic data shows continuing strong economic growth for countries on the African continent – and specifically in West and East Africa – there is a danger that the opportunities created by this new wealth will not translate into benefits for Africans and will only increase the gap between rich and poor. According to Dr Nosakhere Griffin-EL, lecturer in inclusive innovation at the UCT GSB, finding ways to make businesses better, not only financially but also socially and culturally relevant, should be one of the core functions of business schools in Africa.

The two events; the AABS Case Teaching and Writing Course and the Teaching Master Class – Design Thinking and Innovation, sought to explore ways for educators in business disciplines to become better teachers and to help them think more innovatively. One of the highlights was the participation of Harvard business administration professor Srikant Datar, one of the world’s top design and innovation thinking experts.

UCT GSB director, Professor Walter Baets, is the incumbent chairperson of the AABS, an organisation of more than 30 African business schools.

The oldest and largest case competition in the world, 150 students from 36 business schools in 14 countries compete each year.

“This is a great honour, as the event is traditionally oversubscribed, with a long waiting list of international business schools hoping for a spot,” says GSB lecturer and team coach Johannes Schüler.

The team consisting of Chris Human and Robyn Moor from the modular MBA, and Ralph Thomas, and Caryn Jeenes from the full-time MBA class of 2014 was selected after a rigorous process of elimination. An initial selection of sixteen hopefuls were put through a gruelling training process “starting with a deep-end weekend of five cases and some pretty blunt feedback sessions”, before pitting their wits against each other in a series of simulations. The two teams left standing went head to head and presented their solutions to a DeBeers business case at the annual Consulting Conference hosted at the GSB on 9th September.

The winning team will be heading to Montreal on Boxing Day to fit in some more team preparation before the event starts on 4th January.

“Despite the high stakes, the atmosphere was pretty friendly and supportive,” says Chris Human. “Personally, I would say that I’ve learnt more during the case study prep sessions than in any other single part of my MBA experience so far, and that is saying a lot. It’s is an awesome experience and a privilege and, of course, there is more coaching to come.”