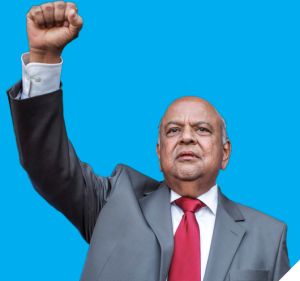 Like it or not, South Africa is part of a global economy and therefore, subject to global rules. Wishing it were otherwise won’t make it so.

So, the worst has finally happened. After months of uncertainty, ratings agencies S&P and Fitch officially downgraded South Africa to junk status following the ill-timed Cabinet reshuffle that saw finance minister Pravin Gordhan and his deputy Mcebisi Jonas, among others, unceremoniously shown the door.

S&P and Fitch reduced SA’s credit rating one notch to BB+ from BBB- respectively, placing the country’s bonds in “speculative grade”, commonly known as junk. Moody’s the third of the big three rating agencies has also placed the country on watch for a possible downgrade with a decision expected in July.

The move has, predictably enough, caused consternation, with commentators pointing out that the implications for the country’s economy are not good. From higher foreign-denominated borrowing costs associated with currency depreciations to higher interest rates and inflation for consumers as food and fuel prices go up, the common theme is that South Africans are going to get poorer as a result of this downgrade, and that growth and employment rates will fall on account of progressive declines in consumer purchasing power and confidence.

Spending on essential government services and poverty alleviation will also be constrained so that the economic development project to close the inequality gap will be put on the back burner, despite Zuma’s rallying call for “radical economic transformation”.

Given the multitude of bad news on the economic front, it is inevitable that there has been pushback, especially from government supporters, that South Africa’s development trajectory should not be held to ransom by rating agencies and that we can forge a new path without them.

It is undeniable that the big three rating agencies – S&P, Moody’s and Fitch – have a strong grip on the world of international finance, and have been criticised in the past for discriminating against emerging economies and serving Western political interests.

They have also made some terrible errors of judgement in recent years, including their role in the 2008 financial crisis. Credit rating agencies came under scrutiny following the mortgage crisis for giving investment-grade ratings to securitised mortgages – in the form of securities known as mortgage-backed securities (MBS) and collateralised debt obligations (CDOs) – based on “non-prime”, subprime or Alt-A mortgage loans – for which they were heavily penalised.

This has prompted some to tout alternatives, including a suggestion that BRICS countries create their own rating agency to rate themselves – and perhaps others too.

The idea is indeed attractive. It is possible that a BRICS agency could provide a much-needed counterbalance to the Western-orientated big three, create competition and offer investors, issuers and other stakeholders a wider choice and more diverse view on creditworthiness.

But as Dr Sean Gossel, a colleague at the UCT Graduate School of Business, has  pointed out, there are several reasons why this might not work. Firstly, it is a difficult market to crack; there have been several previous attempts to launch new agencies and all have failed to take off. In addition, the BRICS proposal looks set to replicate the problematic “issuer pay” model whereby a bond’s issuer pays the rating agencies for the initial rating of a security, as well as ongoing ratings. The public (and investors) can then access these ratings free of charge. This creates a potential conflict of interest the rating agencies are struggling to resolve.

China has already expressed concerns about the integrity of the new agency, saying that it will lack credibility unless it can prove itself to be autonomous from its sponsoring authorities, and that BRICS governments would do well to keep away from it.

An issue of credibility

Even if such an agency does get off the ground, chances are that it would fail to convince investors in Europe and the US that its ratings are credible and politically impartial. The BRICS agency, like many of its predecessor agencies, would not be registered with both the American Securities and Exchange Commission (SEC) and European Securities Market Authority (ESMA), which would make it impossible to attract portfolio investment flows from the US and Europe.

This means that such ratings would only likely attract finance from the East and other emerging economies in the long term. And that will do very little or nothing to retain the American and European institutional investments already in South Africa which, according to National Treasury’s 2016 estimates, currently make up about 40% of the total investment in South African bonds and securities.

It is worth noting that these institutions invest only in investment grade instruments (BBB- and above) as determined by Standard and Poor’s, Moody’s and Fitch. Thus, their imminent departure will undoubtedly translate into economic hardship for South Africans, no matter how much we protest that we don’t need them!

The same argument applies to the loss of Gordhan at the helm of the National Treasury. While we are asked to judge new Finance Minister Gigaba on his “actions” and not “rumours and speculation”, the rest of the world might not feel the same. Perception in the world of finance is everything, and Gordhan was perceived as a safe pair of hands. The former chief of the South African Revenue Service and two-time finance minister is well known in international financial circles, and was making notable progress in allaying fears around South Africa’s investment status. His departure, therefore, has fuelled widespread  uncertainty.

What is needed is a seasoned and well-known personality at the helm of the National Treasury to calm international financial markets and shepherd South Africa’s return to investment grade status. Like it or not, South Africa is part of a global economy. We are, therefore, subject to global rules. As the lyrics to the Everly Brothers famous song go: wishing it were otherwise won’t make it so.

We are, for the foreseeable future at least, firmly stuck in the unpleasant situation of an economy in contraction and unable to attract low-cost and investment grade finance in international markets.