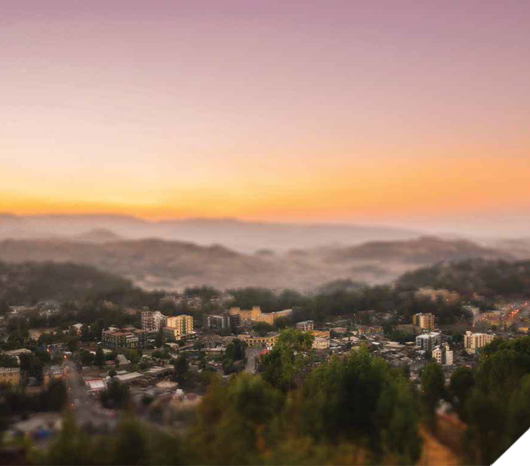 Most public finance management reforms in developing countries are doomed to failure, but South Africa’s finance minister, who is facing the daunting task of crafting a reform programme for a country on the brink of recession, can draw inspiration from the success of Ethiopia’s reform path.

The past year has not been a rosy one for South Africa’s financial outlook. In June, the International Monetary Fund (IMF) cut South Africa’s economic growth forecast for the third time in less than a year, hard on the heels of the sovereign credit downgrading of the country by rating agency Standard & Poor’s, and Fitch’s revised outlook on the South African economy from ‘stable’ to ‘negative’.

High current account deficits, rising general government debt and potential volatility, Eskom’s limited electricity supply and the cost of external financing are some of the reasons cited for these decisions, which must be causing the country’s new finance minister, Nhlanhla Nene, some headaches.

In combating these trends, one of the elements that requires Nene’s urgent attention is improving public financial management. Efficient public finance management is a pillar of economic growth and integral to a country’s political health.

While there are measures in the public finance management field for assessing how well a financial system is performing, there is much confusion about ways to reform a system. Where can a finance minister look for guidance or models?

Most public finance management reforms in developing countries have failed, have had little effect or have even caused damage.

Ironically, this state of affairs has occurred because of a failure to follow two earlier principles: public finance management reforms are contextual, and countries must have the basics in place and must function smoothly before they introduce advanced financial techniques.

Standing out in this generally dreary picture of the world’s public finance management terrain is the 12-year reform of Ethiopia’s public finances (1996–2008), judged by the World Bank to be one of the most successful. Nene might consider the broad lessons of this reform in crafting a reform programme for SA.

Of course, public finance management reforms are contextual and South Africa’s path will be different from Ethiopia’s, but these two countries’ contexts have three features in common – a large population, deeply decentralised administrations, and independence from foreign aid – that should guide policymakers’ thinking as they shape a programme.

The Ethiopian reform gave rise to a new analytical framework for public finance management reform that the minister may find useful: COPS (context, ownership, purpose, strategy). The key to successful public reform, in the financial sector or elsewhere, is coherence. The COPS framework shows how to achieve coherence by ensuring that government policy (ownership, purpose and strategy) is appropriate to the context (culture, history and institutions).

Ownership by government of the design, implementation and operation of a reform is essential if the reform is to be fit for context and thus sustainable.

The management of public money is a core state function. A government can use funds from foreigners to support the design and implementation of a reform, but should never let foreign aid drive the process. And it should not rely on inherently unreliable foreign aid to sustain its financial systems.

The distinction between public finance administration and public finance management goes to the heart of how governments allocate and monitor public money – how they control their finances. Financial control is embedded in a country’s political and state arrangements; it is not freestanding. Public finance administration is defined by external control based on political and state arrangements that focus on compliance, which limits discretion.

Management is fundamentally about discretion – making choices about objectives, taking the risk of deploying resources to achieve those objectives, being held accountable for decisions and having incentives to perform. Thus, the continuum of financial control from external to internal control is a crucial sequence: to promote coherence in a reform of South Africa’s financial systems, the finance minister needs to assess whether the country’s public finance administration is robust and ready for public finance management, or whether public finance administration needs toning up.

Too often, reform is viewed myopically as involving only change, which usually entails importing advanced techniques from other contexts. Yet, in most cases, reform should include more than one of these strategies, for example, a combination of ‘recognise’ and ‘improve’, with some change.

One strategy that is seriously underused is ‘recognise’. Understanding and respecting what exists should always be the first order of business of a reform, yet it is often ignored.

Governments in developing countries frequently do not understand the strengths of their own systems and are quick to change them, often on the advice of outsiders.

Another indispensable aspect of reform is sustaining it, yet for many reformers this is an afterthought, if they do not overlook it altogether. An initial recognise-improve-sustain approach to reform is faster, cheaper and far less risky than one of change, which has been shown to fail or to have no effect.

The former approach is also more likely to work in South Africa because, under decentralisation, financial reform should address the weakest levels first.

The secret to successful reform is learning, which requires effective training. In Ethiopia, more than 85% of the funding for the reform of its budget, accounts and financial information systems was allocated to the training of more than 72 000 officials.

Training ensured government ownership and sustainability of the reformed systems. It also created a setting in which senior officials could learn from one another – what has and has not worked in their quest to build effective financial systems. Nene may feel that the task is a challenging one – but he should take heart that he does not have to walk the path alone.