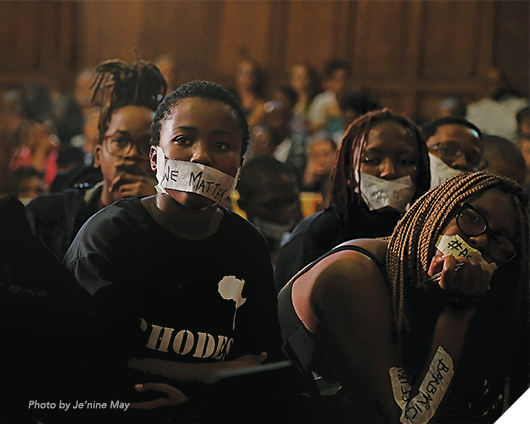 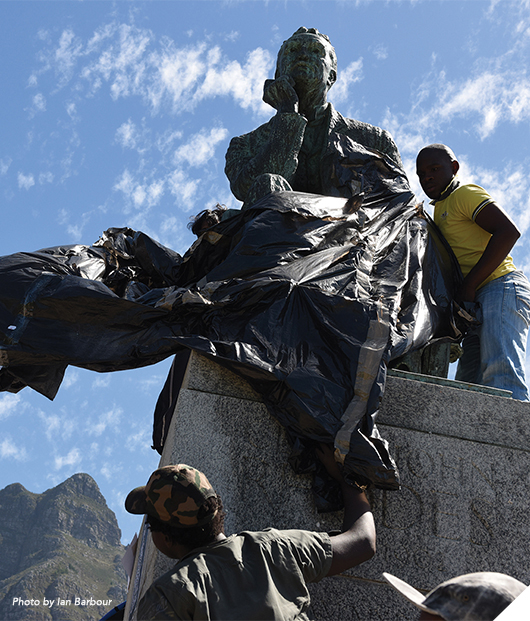 A compelling body of evidence confirms that sustainable and responsible investing (SRI) is the best approach to achieve long-term returns, yet progress in South Africa to introduce ethical investment products is slow. Now a rising tide of student protest could be set to change the status quo.

Whichever side of the fence you were on during the ultimately successful student campaign for the removal of Cecil John Rhodes’ statue from UCT’s upper campus, the issue raised important questions – such as the limits to freedom of expression, what are acceptable forms of protest in a democracy and how best to acknowledge our troubled history – in addition to those that made the newspaper headlines.

One of those questions is whether we are seeing a long overdue revival of student activism on South African university campuses, which seemed to enter an extended state of hibernation after the demise of the apartheid system.

If the presence of Rhodes’ statue bothered UCT students in the past, they did not do much about it until one man’s controversial ‘poo protest’ recently raised temperatures and forced people on and off campus to confront the issues involved and choose a side. The question that arises now is whether this is a one-off event, or whether other pressing political, economic and social concerns that confront the country have the capacity to arouse similar passion among students, especially those issues whose scope extends beyond university life.

Will rising government corruption, the collapse of basic services such as the provision of housing, electricity and water in parts of the country, or the dysfunctional state of many of the democratic institutions mandated by the constitution, provoke the kind of coordinated student response to violations of basic human rights that saw sustained protest action on campuses when supporters of apartheid were taking their last stand? And what about the ‘soft’ issues, such as the environment and social transformation? Could SA students, as their counterparts in Europe and the US have done, start to channel their activism towards the investment policies of the institution?

According to human rights and environmental journalist David le Page, who is leading the South African chapter of the international fossil fuel divestment movement, there are definite signs of light at the end of the tunnel, not only with respect to student support for the issue but also university management’s response.

This is in line with the trend worldwide – more than 30 universities have now committed to divest their endowments from fossil fuel companies, as have a number of countries’ sovereign wealth funds. Le Page says UCT has finally agreed to begin a process of reexamining its ethical position with regard to its investment portfolio, and the campaign has been asked to participate in a structure that will be set up with this end in mind.

“In the process of considering a fossil fuel divestment strategy, we would hope the university will also look at the direct impacts of mining in places such as Mpumalanga, where there has been widespread destruction of arable land and human rights abuses as a consequence of the complete free-for-all that is happening in that region,” he says. “Coal mining permits are being handed out that should never be granted, with enormous consequences for the communities there.” He would also like UCT to work towards ‘decarbonising’ its operations, specifically services such as the Jammie Shuttle student transport facility.

“Besides the principled arguments for the need to stop climate change and respect the human rights that are so often abused by the fossil fuel extractive industries, there are very compelling financial reasons now why companies and individuals should start withdrawing their funds from the industry,” Le Page says. “Coal consumption in China has already peaked, for instance, while in the UK carbon emissions have dropped 8% in the last year as wind and solar get stronger and stronger. There are a lot of signs that carbon-based fuels are being phased out.”

Stephanie Giamporcaro, the research director at the UCT GSB who has conducted extensive research into the evolution of sustainable and responsible investing (SRI) in South Africa and has therefore followed the roll-out of Le Page’s UCT campaign closely, says that UCT, along with other educational organisations around the world, needs to become a proactive sustainable and responsible investor regarding its pension funds and endowment money. She is encouraged by recent developments around the climate change disinvestment campaign, but would also like to see UCT become a signatory of the Principle for Responsible Investment (PRI) initiative that was signed last year by Harvard, for example. The PRI could lead the institution to adopt a more holistic overview of how to integrate environmental, social and governance opportunities and challenges in its investment policies and decisions.

While 2011 amendments to Regulation 28 of the Pension Funds Act have made the ‘responsible management of fund assets’ – including sustainability issues that may materially affect the long-term performance of the investment, whether environmental, social or governance by nature – a fiduciary duty of trustees, both they and fund managers have been slow to act on the changes.

And so has UCT: Dr Giamporcaro points out that despite working for one of the most dynamic and enlightened educational institutions on the continent, as an employee she is still not offered the option of aligning her retirement investment choices with her personal and professional values around social and environmental sustainability.

Most large fund managers have adopted the Code for Responsible Investing in South Africa (CRISA), which encourages institutional investors to integrate sustainability issues such as environment, society and governance (ESG) into their investment decision-making processes. The King III principle of integrated reporting has also impelled JSE-listed companies to report on ESG issues, which has in turn put pressure on fund managers to take compliance with the preamble to Regulation 28 more seriously.

Yet the widespread perception among fund managers and investment consultants has been that SRI is still not top-of-mind for the average pension fund member or trustee, and there is therefore not much point in developing and marketing such investment products.

Le Page confirms that one of the challenges faced by the local fossil fuel divestment movement is the dearth of fossil-free alternative investments or managed funds that apply ESG principles.

However, Dr Giamporcaro says research by Stellenbosch University finance professor, Suzette Viviers has demonstrated that, if asked directly, final beneficiaries of retirement funds in this country do care whether ESG factors are considered in the investment decisions that are taken on their behalf by investment professionals, and her own research involving the employees of a large multinational company, a leading SA fund manager and the staff at the UCT GSB itself, returned similar findings.

In addition, there is now a compelling body of evidence confirming that SRI does not compromise sustainable long-term results. In addition to the lessons learned as a result of the fallout from the 2008 financial crisis, when the drive to maximise returns in the short-term led to asset managers making investment decisions that were the antithesis of SRI, a number of academic studies have shown that ESG considerations reduce risk and enhance returns in the long run.

The most celebrated study is one published by Harvard Business School in 2011, which compared the performance metrics of 180 companies, half of which set high ESG goals and the other half low or no ESG goals. It found that the high ESG group’s returns on both equity and assets grew significantly more over a period of almost two decades than those of the low ESG group.

Dr Giamporcaro says, “One of the problems in South Africa is that few pension fund trustees are either knowledgeable or assertive enough to put pressure on asset managers and investment consultants to actively implement SRI principles, although this is relatively simple to achieve by incorporating ESG targets into asset managers’ mandate and reporting requirements.”

SRI in SA also suffered a setback with the suspension of the Government Employees Pension Fund’s head of investments, John Oliphant, who chaired the CRISA implementation committee. Oliphant and a number of other fund officials have been accused of inflating tenders, but are yet to be charged. Whatever the outcome, Dr Giamporcaro says the effect has been a public loss of momentum for the SRI movement in SA, despite the best intentions of Regulation 28.

A momentum she hopes will now – in part – be kickstarted by the new energy coming from the UCT campus.