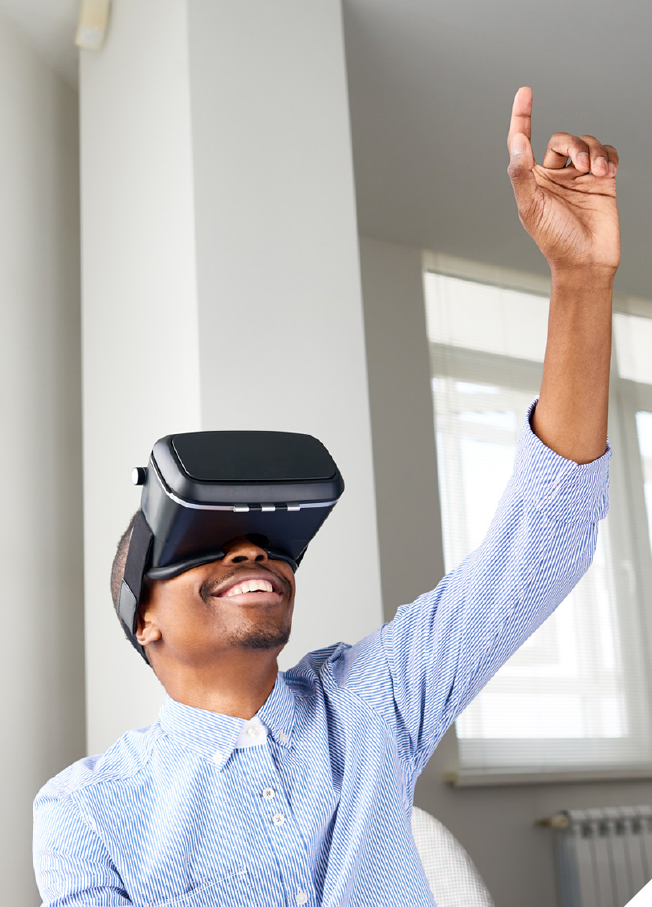 Innovation is helping to ensure that Africa’s children can receive the education they deserve, and educated Africans in their turn are driving innovation. It’s a cycle of excellence that we need to invest in to ensure that nobody is left behind as the 4th industrial revolution gathers pace.

Innovation is increasing exponentially and the world our children and grandchildren will know is one we cannot conceive of now. But it’s also true that “the world” is not homogeneous, and that as we innovate, we must be mindful of development objectives. We need to guard against leaving people behind!

The risk is real. According to a new report from economists Anton Korinek (Johns Hopkins University) and Joseph E. Stiglitz (Columbia University) economic inequality “is one of the main challenges posed by the proliferation of artificial intelligence and other forms of worker-replacing technological progress.”

Artificial intelligence advancements are likely to increase the disparity of wealth between the rich and poor – already a worsening global crisis. A recent report from Credit Suisse found the richest 1% own half of the world’s wealth and a new analysis produced by the House of Commons library says that they are on track to own two-thirds by 2030 unless action is taken.

Short of changing the rules of the economy, one way to guard against this growing divide is to invest in education to prepare young people more effectively for this unknown future.

Education is essential for the continent’s development under any circumstances, and yet worryingly, 17 million out of 128 school-aged children across Africa are unlikely ever to see the inside of a classroom – according to an analysis from Seedstars. Another 37 million children won’t be able to receive regularly at least a basic education because of child labour, insecurity or weak education policies.

Even more concerning is the prediction from the International Commission on Financing Global Education that even for those who are in formal education now, without major shifts in how we use our educational resources, by 2030 half of all the youth – over 800 million young people – will not have the skills needed to keep up in a new economy.

Much needs to change, not only in what we teach – the commission recommends a breadth of skills are imparted to children including critical thinking and communication skills – but also in how we teach. Here the application of new technology to learning offers huge opportunities, from enhancing learning to improving data collection to driving down costs.
Africa is one of the fastest growing markets for mobile phones and mobile EdTech or m-learning. As a result, it has one of the fastest growing e-learning markets, with revenues reaching USD 355m in 2013 and will more than double to USD 758m by 2018, led by Senegal, Zambia and Kenya

South Africa, too, has its fair share of innovators. Four years ago already, the BBC noted that education in South Africa was getting an “e-learning digital makeover”, in which “old-fashioned, dusty textbooks (were) gradually being replaced by tablets, computers and mobile phones”. Some of the developments South Africa has seen include entrepreneur Sibella Knott-Craig’s Slimkop, an educational app for children under the age of seven which is available for under R40; the free Vodacom e-school, which is also zero-rated, meaning it doesn’t incur data charges; and Thinkahead, a PDF document listing iPad apps by subject and grade.

Then there are apps that specifically encourage science learning in young students: for example one by Toca Lab, which gives children aged seven and up an interactive tool to help them learn about the periodic table and figure out their own virtual laboratory experiments; and EveryCircuit, which has a free version and teaches learners about electric circuits. Cape Town based Rethink Education, a mobile platform, pushes content to instant messaging platforms, while the web platform is used in schools, improving dramatically the engagement of learners. Eiffel Corp, an education and training company for tertiary institutions, has been producing e-learning materials to support students from all walks of life.

And it is not only the private sector that has been working hard. In the Western Cape, for example, the provincial education department has been rolling out a R1,2 billion e-learning initiative over a five-year period and across the continent, governments are embracing technology, providing laptops in schools and committing to Sustainable Development Goals with ICT at the heart. It is exciting to see. In a very real way, education drives innovation and development, and so innovation must drive education. It is a cycle of excellence that must be encouraged.

Of course there are still many obstacles to technology-enabled education on the continent from a lack of access to electricity to low internet and mobile penetration. Currently, just 29% of the continent can rely on a permanent access to the Internet. According to the GSMA Intelligence Mobile Economy report for 2017, mobile penetration in South Africa is particularly high, with Nigeria coming in second. South Africa has 37.5 million unique mobile subscribers and a 68% penetration rate, followed by Nigeria’s 86 million mobile subscribers, and 45% penetration. But just four other countries have managed over 20 million subscribers, namely Ethiopia, Kenya, the DRC and Tanzania.

An important priority must therefore be to drive greater mobile access for all Africans. We must pour our energy into creating the conditions that will support access to education – this includes actively promoting partnerships and investment in education innovation to facilitate an expansion of educational opportunity. We need to believe, as the International Commission on Financing Global Education Opportunity does, that it is possible to create a learning generation, where all people have the skills needed to thrive in the 21st century and nobody is left behind as the 4th industrial revolution gathers pace.