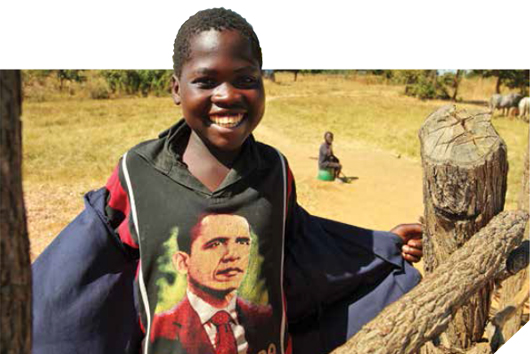 The most important question we need to ask of our leaders is not what they have achieved themselves, but who have they helped to get ahead.

ONE of US President Barack Obama’s lasting legacies will undoubtedly be his “My Brother’s Keeper” initiative, which he launched in 2014.

Obama, whose term of office will end in January 2017, has framed the project as a call to action for every American to take responsibility for the youth and to recognise that “my neighbour’s child is my child”.

Many have responded to his call, announcing a range of new initiatives to address the challenges facing youths, especially black youth. And although it is too early to gauge how successful the movement has been, early indications are that it has been well received. At the very least, it has brought the issue of youth mentorship to the fore.

Such initiatives are woefully lacking in SA, and elsewhere in Africa amid clear signs that the youth are growing more disillusioned with their leaders; a situation that is perhaps most vividly now playing out in the #FeesMustFall protests, which analysts have said represent much more than a struggle over university fees. They are a proxy struggle for the frustrations faced by many youths who are unhappy with the direction the country is taking, their living conditions and the unemployment crisis.

Undoubtedly, the recent local government elections also demonstrated young people’s anger with the poor leadership in the country, with many choosing not to vote. Apathy has long been long thought to be the cause of low voter turnout among young South Africans, but research by the Institute for Security Studies (ISS) published in July revealed that this apathy is actually disillusionment with the current political landscape.

“Young people are growing increasingly frustrated,” said ISS researcher and author Lauren Tracey. She observed that corruption is a major disincentive to voting.

A report by trade union Solidarity also highlights the leadership deficit in the country and details cases of corruption that have grabbed headlines in SA in recent times. It points out cases of bad leadership in terms of integrity, accountability, and transparency and details cases such as the false qualifications scandals and corruption scandals that have cost the taxpayer much more than the R246 million spent on the President Jacob Zuma’s home in Nkandla. According to the Institute of Internal Auditors of South Africa, R700 million was lost due to corruption during the two decades following the dawn of democracy. What kind of example are the leaders involved in these scandals setting for the youth? Should a country that has leaders setting bad examples in almost every sector expect the next generation to do good and build a better society? How can, for example, Zuma talk about integrity and fighting corruption when he has been at the heart of it?

Many African cultures place great importance on respect for elders. Young people are expected to know their place and to respect the wisdom of those rich in life experience. Yet, if they see the elders always doing wrong and being irresponsible in society, it seems absurd to assume that they will show respect and act in a responsible manner themselves.

It can be argued that behaviours are contagious and when young people see leaders and potential mentors doing wrong, it bodes ill for the future of the society. Robert Zipplies, co-founder of Common Cause South Africa, notes that human values and behaviours are mostly unconscious and acquired through the sum-total of a person’s historic and ongoing lived experiences – upbringing, peer groups, jobs, education, culture, government policies and media, among others will shape what we do.

Therefore, if we are to build a successful society it is imperative and urgent that leaders begin to change and set good examples for youth to follow, he argues.

More than that, leaders must be playing an active role in mentoring the next generation. A popular African proverb says: “It takes a whole village to raise a child”. This means that everyone in society, including leaders in business and politics, is responsible for creating moral character is society. Mentors play a crucial role in helping young people access opportunities and skills. However, often public investment in mentoring is negligible.

David Shapiro, president and CEO, MENTOR: The National Mentoring Partnership in the US, and Nancy Altobello, global vice chair, talent, EY, observed in 2015 that the business case for more corporate engagement in youth mentoring is clear. It builds business acumen for employees, including experience in managing and developing talent.

“The investments in quality youth mentoring made by companies are direct contributions to the future strength of … communities … They connect young people to the powerful asset that is mentoring, to opportunity and to success,” Shapiro and Altobello wrote.

Because of Africa’s late demographic transition – the population is young and will remain so for a long time. Youth are therefore, in a very real sense, the key to the future of the continent. As Microsoft founder and philanthropist, Bill Gates noted recently: “In the next 35 years, two billion babies will be born in Africa. By 2050, 40% of the world’s children will live on this continent. Economists talk about the demographic dividend. When you have more people of working age, and fewer dependents for them to take care of, you can generate phenomenal economic growth,” said Gates.

However, the poor leadership and mentorship gap that currently exists poses a serious threat to the future of the youth on the continent. To head off the disaster that is looming the leaders of today urgently need to change track. They need to stop talking and lead by example and they need to reach out a helping hand to the next generation the way. We need to build a country and continent where the most important question you can ask of a leader is not what they have achieved but “who have you helped to get ahead recently?”