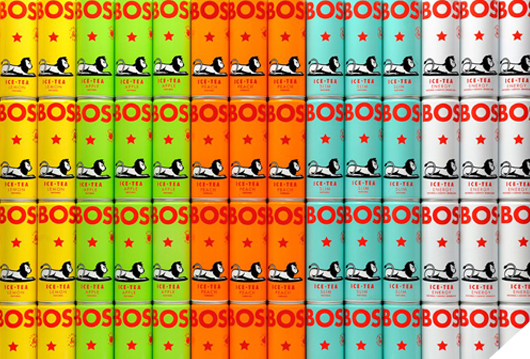 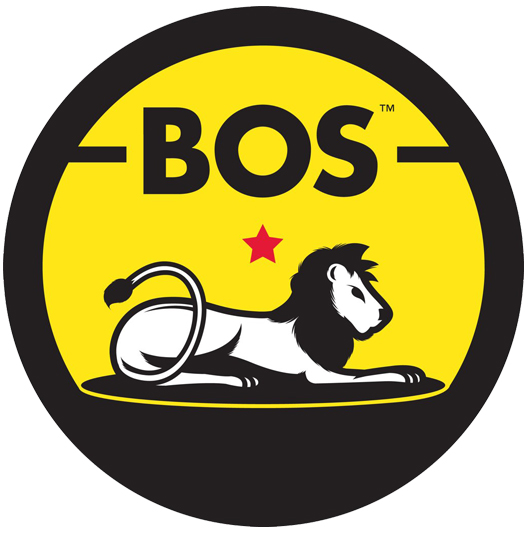 When Dave Evans, founder of Vovo Telo, noticed that a humble local ice tea brand by the name of BOS was outselling Coca-Cola in his artisanal bakeries, his interest was piqued.

It was the start of a love affair with the brand that saw him join the company, BOS Brands, in 2011 as investor and CEO. At the time, the rapidly growing ice tea category was forecast to contribute 20% of the global soft drink market growth over the following five years, growing to 52 billion litres by 2018 (a projection the category looks set to exceed). Recognising the massive potential in the ice tea category, which was stealing market share from more sugary carbonated drinks in Europe and the US, Evans set to work.

The small team included serial entrepreneur Grant Rushmere and rooibos farmer Richard Bowsher (BOS’ original founders) and marketing director, Marié van Niekerk. Together they set out to capitalise on the brand’s appeal. Five years down the line, BOS is South Africa’s fastest growing soft drink with almost 14% of the local ice tea market in the bag. The brand has also successfully expanded abroad. Over the past three years BOS has seen consistent offshore growth in excess of 100% a year with more than 30% of BOS’ sales now based in Europe.

The story of how this small local company struck it big is one of high-touch marketing, strong partnerships and strategic investment, making it the perfect case study for South African businesses wanting to follow a similarly ambitious path.

Standing out from the crowd

Rushmere had gained valuable insight from his exposure to the inner workings of Red Bull’s marketing mechanics (he sold his previous company Afro Café to Red Bull in 2007). His keen appreciation of the value of a well-managed brand and his mastery of the techniques required to achieve the requisite levels of clarity and simplicity, contributed to the building of an iconic and engaging brand. Despite its range of health benefits, BOS’ stand-out identity and tongue in cheek humour (unusual in the category) are the sources of its unique appeal.

Unlike most ice teas, BOS is made from organic rooibos extract, natural fruit flavours and is free from preservatives and colourants. BOS is also lower in sugar than the majority of its soft drink competitors, and high in natural anti-oxidants. But for Dave and the BOS team, these natural credentials have always been the back story. The team intentionally chose to “hide them on the back of the can”, putting BOS’ unusual, fun and accessible personality front and centre.

The brand’s early, and memorable, marketing efforts were quirky, and contained BOS’ signature playfulness. In 2012, the team built a vending machine named Bev who dispensed free ice tea in exchange for tweets at the Design Indaba in Cape Town. Giraffes on bicycles put free cans of BOS in the hands of perplexed bystanders on the streets of Amsterdam, Antwerp and beyond. Swimmers donning shark fins popped up with the beverage from the waters of local Cape Town beaches. BOS gets plenty of exposure from stunts like these, which van Niekerk refers to collectively as “marketing moments of joy”.

BOS Brand’s tag-line, ‘Not just an ice tea’, reflects the team’s emphasis on broadening the brand’s appeal into allied categories including sports drinks and cocktails (with recipes listed on the BOS website). Despite the market breadth that these product extensions provide, BOS continues to find itself butting up against the limitations of the local market. South Africa’s current ice tea consumption of one litre per person a year, is one-sixth of the European average and does not provide the scale required to meet BOS’ ambitious revenue targets. Fortunately, the personality, experience, ambitious mindset, and global exposure of BOS’ founders have resulted in the network and knowledge to recognise and actively develop oppor tunities abroad.

The fun, healthy brand is well aligned with global trends and tested positively with consumers in key markets. The team considered the pros and cons of expanding into the rest of Africa (ROA), the USA, Europe, Japan and China based on the possible volume and margin opportunities these regions presented.

However, despite the fact that the ROA encompasses many fast-growing economies and a burgeoning consumer class, they decided against this market as the ice tea category (and related product knowledge) there is limited. After gaining a solid foothold in South Africa and neighbouring countries, BOS ventured into Europe in 2013. The team was more connected in Europe than they were in the USA, based on their existing network of partners. To facilitate a smooth expansion they leveraged their networks within the HORECA (hotels, restaurants, and cafés) trade in Belgium, then the Netherlands and more recently France and Spain.

Evans explains that launching the brand in smaller countries first allowed them to contain the risk of both failure and success. In addition, the cultural and language similarity between the Netherlands and Belgium provided fertile ground to begin the internationalisation process.

BOS’ initial and growing presence in these two launch markets spurred demand in nearby countries. They expanded into key cities in Sweden and Switzerland, and after about 18-months distribution in the Netherlands and Belgium was opened up to include retail outlets. More recently, an invitation to list at Albert Heijn – one of the Netherlands’ largest supermarket chains with 878 stores located across the country – has added significant retail presence for the brand in Europe.

Starting off on the right foot

BOS’ presence in six European countries has little to do with luck. Their business model and brand were designed for internationalisation from the get-go. The company is part of a growing club of born global firms – businesses that are created with the intention of internationalising, generally within three years of commencing operations.

The team’s vision for a global brand came off the back of solid market research, strong experience in the beverage and hospitality spaces and a keen understanding of what consumers really want. The founding team was able to leverage their initial investments and secure investment from respected venture capital firm Invenfin. CEO Dave Evans and investor Jaime Gubbins were the initial angel investors to come on board, followed by Invenfin and former Manchester United Football Club coach Sir Alex Ferguson.

The BOS team’s metered, brand-first approach, and time and attention spent on building networks and relationships is now evident in the global interest in BOS’ products. BOS has the making of an iconic South African export and a brand we can be proud of as it takes its share of restaurant fridges and supermarket shelves in Europe and beyond.

This article is based on a case study written by Bick and Human that won the 2016 AABS/Emerald Case Competition.