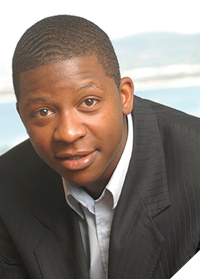 Ruli Diseko, MBA graduate and up-and-coming executive talent at Lonmin plc, believes it is time for all South Africans to roll up their sleeves and help change the country for the better.

Deputy president Cyril Ramaphosa recently told the Marikana Commission that as a nation, South Africans all failed the miners and their families, and that they share collective responsibility.

Ruli Diseko, for one, is not shirking this responsibility. In fact, he relishes the opportunity to contribute to helping repair the tarnished image of South Africa’s mining industry. The 31-year-old up and coming Lonmin executive, who was recently listed by the Mail & Guardian as one of the country’s top 200 young South Africans, says if the mining industry can get it right, it would provide a blueprint for how to make things right for many more challenges plaguing the country.

Diseko made the M&G’s annual list in part for his work as head of the office of the chief executive officer of Lonmin, Ben Magara. He directs the CEO’s strategic work streams, and works with the executive team on strategy development and value optimisation. This has given him an inside view on how important execution is, and how vital it is to make things happen. “I need to ensure that we all pull together as a team to get results. This is important work that we have to get right,” he says.

Diseko says he realises that when people hear Lonmin, they immediately think of the tragic events that occurred in August of 2012 during the strike by miners in the platinum belt. “Marikana was a week that changed all of our lives. It happened to all of South Africa. We all went through something heartbreaking that day,” he says.

There has been much positive change at Lonmin since Marikana and while Diseko believes the mining industry in South Africa should continue to improve, he also thinks it is transforming and that the good work of improving the lives of employees and communities should be accelerated.

The pivotal nature of the mining sector means it remains exciting, despite the inherent challenges of transformation. “I see it as an opportunity. The mining industry gets a lot of bad press but when the lights are on, it is time to perform. We need to get it right for our industry to continue to create jobs and opportunities for future generations. “All of us, not only those at Lonmin, will be judged by how we respond to the wellbeing and living conditions of people. The question is, what are we doing as young people to ensure that there is real change?”

Diseko has experienced change in his lifetime, which gives him the optimism to believe in his future and that of South Africa. The third of four children, raised by a single mother in Orlando East near Johannesburg, he dreamed of owning spaza shops. “My real interest, even as young boy, was people and commerce. In the township, the most accessible representation of that was the spaza shop,” he says.

A strong believer in the power of education, Diseko obtained a BComm degree at UCT after high school and 10 years later, completed his MBA at the UCT GSB. “Going to UCT was the best thing that could’ve happened to me,” says Diseko. “I was forced to challenge my own thinking and my own mental models. It was a fantastic environment and it was my springboard. My UCT degrees opened many doors.”

He believes it is easy to have strong opinions about what needs to be done or how things need to change, but that it is more valuable to get involved and be a part of the change you want to see. “If you are in South Africa, you understand the history and legacy of this country. So the next question is, ‘Do you have people who have the right agenda and the right energy to address these things?’

“Actually, I think more than anything, we have opportunities. We don’t need time, we need the right mindset and focus and people who will put up their hand and say ‘yes, we have tangible plans in place to create a better future’.”