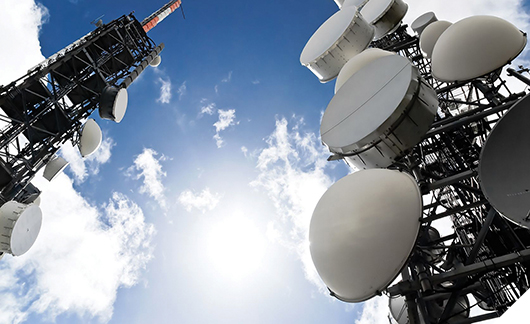 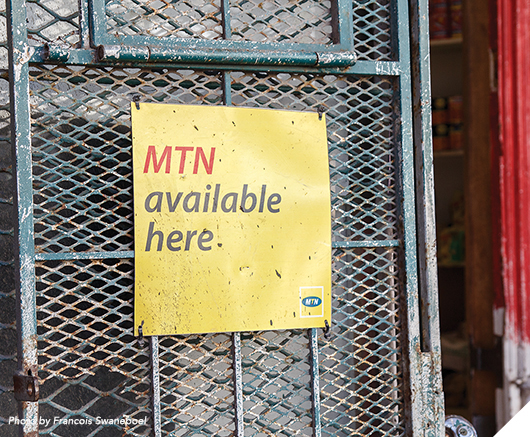 The convergence of cellular and computer technology is set to propel the world into a new era of technology innovation. Africans need to play an active role in this, in order to build a new economic framework with its roots in Africa that enables both business and people to prosper.

It is said that when cell phones first came to Nigeria, the traffic in Lagos improved overnight. The reason: people no longer had to drive across town to speak to their friends or conclude a business deal. In a country with no comprehensive fixed-line communications network, the advent of mobile was liberating. It quite literally, had the power to change the dynamic of an entire city.

The story illustrates what we often hear and say: technology has the potential to change things – dramatically and for the better. MIT senior lecturer and influential thinker, Otto Scharmer puts technology as one of eight ‘acupuncture points’ for institutional innovation, with the power to update the economic system so that it can operate more intelligently and for the benefit of more people.

But he is not talking about technology ‘as usual’. More than two decades of technology hype and one technology bubble have taught us that technology in and of itself has limitations. And despite its pervasiveness, many are still waiting for the life-changing impact of technology to reach them.

In sub-Saharan Africa, for example, the fact that nearly two-thirds (65%) of households in 23 countries had at least one mobile phone in 2013, as estimated by Gallup, has not yet liberated these countries from poverty and inequality. According to recent data from the Afrobarometer, which is based on the views and experiences of ordinary citizens, roughly half of all Africans experience at least occasional shortages of basic needs such as clean water, food and medical care, and 44% experience regular shortages of cash.

The truth is, we have a tendency to overestimate technology in the short term and underestimate it in the long term – the dotcom bubble of 2000/2001 taught us that lesson rather viscerally. But despite that short-term correction, the long-term reality is inescapable: computers have permeated our lives and mobiles have saturated our day-to-day. Now the convergence of these two technologies is set to propel us into a new era of technology innovation where everything – the way we learn, the way we collect data, the way we interact, check on our politicians, even the way we sleep and eat – are up for renegotiation.

The next wave of technology development will no longer be about building a telecommunications network or computing industry – but building on these to create whole new industries and sectors. The innovators of the future will be shaping value-adding services, which use these resources to truly transform lives and experiences, and what Groupe Speciale Mobile Association (GSMA) calls the “dawn of a new mobile ecosystem.”

This presents us with an unprecedented opportunity to craft a new and better future. In Africa, where a booming economy and expanding middle class are luring more investors – including many of the technology giants – to our shores, the opportunities are profound.

To capitalise on these, however, we need, as Scharmer says, “to reinvent how we develop technologies and empower all people to be makers and creators, rather than passive recipients.” Social inclusion and economic equity must be the watchwords for the next wave of technology innovation on this continent. Whether it is financial inclusion or access to education – impact on the end user; the people and communities who benefit from these services, must be top of mind.

Technology companies then – especially those who are looking to expand into emerging markets – need to find the business models that support the mass rollout of effective technology solutions to markets at the bottom of the pyramid. And it is not about just giving consumers what the companies think they might need. The failure of Intel’s YOLO trial, a cheap smartphone running Android, which proposed to bring cheap devices to the ‘masses’, is a case in point.

In developing the right products and services, local knowledge will be key; the leaders in the field recognise that not everyone in Africa needs or wants to play Angry Birds or Candy Crush.

This is why IBM invested heavily in a research centre in Nairobi in 2013. They know that research for Africa, solving Africa’s ‘grand challenges’ and delivering commercially viable products that also impact on people’s lives, has to be done ‘on the ground, in Africa’.

Microsoft – another key tech investor in Africa – speaks a similar language. Its 4Afrika initiative is seeking, says Fernando de Sousa who heads the initiative, to prove the value of technology as the enabler for development. “This is about being on the ground and creating consumers. There’s no debate about the fact that our objective is enabling economic development.”

Companies with their roots in Africa will have an advantage in the coming technology boom, and the rise of technology innovators in Africa – from Sterio.me, a young startup that is rolling out a trial of its mobile e-learning service to 75 schools in Nigeria, to Aweza, a South African translation app that uses crowdsourcing translations to weed out inaccuracies and aims to leverage the growing mobile arena and encourage cultures to interact across their defined lines – are a testament to this.

From these, we see that the kind of people driving this innovation are also different. It is no longer enough just to have technology skills, the new tech entrepreneurs will be those who are eager to explore the world, who are able to work in future uncertainty and complexity and are young and savvy enough to understand technology, but businessminded enough to know how to turn this into a value-adding service or product.

Investing in and developing this generation of entrepreneurs to create these industries in Africa will become a focus of the new era of technology for business and training institutions alike. They will be looking to identify the right people, and then capacitating and supporting them. Partnerships will be key here. The 2014 SEED SA Symposium, a multistakeholder forum to foster social and green entrepreneurship in Africa, warns that one of the key challenges for African entrepreneurs is securing partnerships with technical experts, and research institutions in particular, to ensure cross-fertilisation.

Complex challenges demand people and organisations who can see and work across silos and boundaries, and the simple truth is that collaboration opens up networks and shares skills, ideas and human capital for the benefit of more people. Working together, especially when the collaborators bring different skills to the table, can create stronger outcomes. When different areas of expertise collide, magic can happen.

Into this space, exciting hybrids are already emerging. Novel partnerships, such as those recently concluded between the UCT GSB and the MTN Group, as well as Silicone Cape and FNB, which are exploring new forms of business innovation and challenging traditional roles of business in society to unlock greater value for everyday Africans.

What these partnerships have in common is the conviction that in Africa, there is no shortage of ideas and talent – from high-tech research institutions to grassroots entrepreneurs who are finding novel applications for existing technology to tackle local challenges. Their power is that they can ensure that these bright minds are given the right support and investment to marry this capacity with appropriate execution strategies.

There are increasing examples around the world, from MIT’s Media Lab to Canada’s Mitacs, that demonstrate that deliberate collaboration for innovation can be hugely significant. Africa needs to build more such initiatives, so that technology hype can be turned into reality for significant numbers of African citizens.

John Kelly, IBM’s head of research, goes one step further. He believes that there is an opportunity here “for Africa to move, and move first, to this new era”. In the same way that mobile penetration leapfrogged over traditional telecommunications infrastructure, Africa can jump straight to the tech frontier, without worrying about adapting old systems to cope with the data it creates.

These are exciting times. No one knows where these developments might take us. When mobile first broke on the African continent 20 years ago – some predictions pegged market penetration at two million customers. Today, some 635 million Africans are dialled, according to some estimates, with predictions of one billion by 2019. What greater value will come when the disruptive force of technology is given structure and purpose, and is properly informed by context?