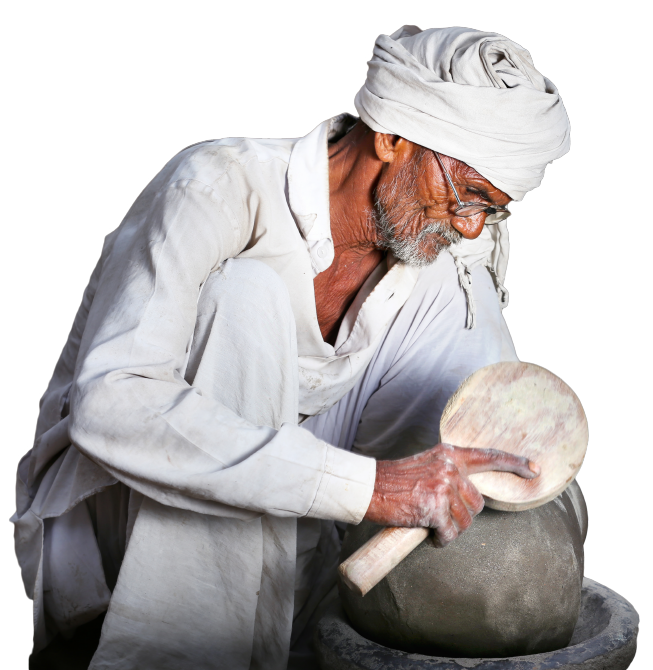 Solving social problems such as the world’s unmet need for eyeglasses is a systems challenge as EYElliance, a coalition of multi-sector public, private, and NGO partners, and stakeholders, is demonstrating.

The lines between social entrepreneurs and activists are blurring as the skillsets of both are needed to try to shift global systems for the better – according to a new report from the World Economic Forum (WEF) and the UCT Graduate School of Business.

The rise of the right across Europe in the past two years is one of a series of global shocks that are shaking the current systems of governance and democracy that underpin our way of life.

In the face of a growing backlash from voters against the political establishment and against a backdrop of rising global inequality, the progressive agenda is stalling – causing some to ask the question: was it progressive enough in the first place?

Social change is slow at the best of times, but increasingly economists, like Thomas Piketty, are warning us that things may be going in the wrong direction. According to data from the Maddison Project, in 1960 people living in the world’s richest country were 33 times richer than people living in the poorest. By 2000, after neoliberal globalisation had run its course, that figure had jumped to 134 times richer! This is prompting those working in social change – including social entrepreneurs – to question the limitations of their models.

For a time, the rise of social entrepreneurship – the hybridisation of non-profit and for-profit organisations – seemed to herald a new era in tackling poverty and inequality by harnessing the powers of business and business thinking for the service of social good. And indeed, these organisations have made a significant impact in the world. Take for example Jordan Kassalow of VisionSpring, an organisation that has increased the productivity and incomes of more than 3.5 million poor people through the sale of eyeglasses in Asia, Africa and Latin America, creating an economic impact estimated at $280 million.

Many such social businesses are reaching countless beneficiaries, but mostly they stop short of challenging the architecture of the systems themselves – the laws, policies, economic and cultural structures – that have caused the problems in the first place. Rather, they exist primarily to try and correct the consequences of failures of these systems.

Without taking away from the extraordinary work these social entrepreneurs do and will continue to do, some are losing patience with this band-aid approach and are looking at ways to go beyond service delivery to influence the underlying beliefs and structures that hold certain truths in place. VisionSpring, by way of example, has moved on to found EYElliance, a coalition of multi-sector public, private, and NGO partners, and stakeholders that are working within systems to engage governments and harness market forces to collectively find solutions to the world’s unmet need for eyeglasses. Such reach was not something that VisionSpring was able to achieve on its own.

So, while faith in current systems to solve the big problems may be waning, interest in creating new, more inclusive systems is gaining momentum.

According to the late Donella Meadows, in her pioneering book, Thinking in Systems, a system is “an interconnected set of elements that is coherently organised in a way that achieves something”. This new brand of social entrepreneur wants to influence these interconnected elements – such as policy, governments, and global institutions – all while working to find the leverage points to bring about a new way of doing things.

These entrepreneurs often use a language more commonly associated with activists and revolutionaries than business people, and they are the subject of a new report from the World Economic forum (WEF) and the Bertha Centre for Social Innovation and Entrepreneurship at the UCT Graduate School of Business (GSB) – launched in May 2017.

The report delves deeply into the modus operandi of six for-profit and non-profit social entrepreneurs working across the globe, in the sectors of education, health, consumer rights, land rights, rural development and the informal economy, who share a common approach of setting their sights higher than their own organisations to focus on shifting social systems. The report calls these organisations “systems entrepreneurs” and looks to highlight and share the key lessons learned for how to effectively position an organisation to effect systems change.

While the concept of systems entrepreneurship has been around for a few years now, this report is one of the first to put some concrete examples behind it. Fleshing out the theory in a way that has immediate and important impact for others working in the space – and those who aspire to do so – the research has been developed into a set of six teaching case studies that will be taught in business schools.

The potential application of systems change is significant. According to Martin Fischer, Co-Founder and CEO of KickStart International, systems change means “fundamentally, and on a large scale, changing the way a majority of relevant players solve a big social challenge, such that a critical mass of people affected by that problem substantially benefits.”

South Africa is, of course, ripe for systems change. Issues around widening inequality, free tertiary education and land reform are just some of the systems that are reaching a breaking point. It is clear that if these failing systems are not addressed, they will undermine the democratic transition and put the future of the country and the well-being of millions at risk.

The evidence from the WEF report is that to bring about systems change, entrepreneurs and other actors will need to improve their ability to collaborate and coordinate across sectors. They will also need to work to identify and alter the rules and norms that create barriers to change by exerting positive peer pressure as well as by taking political action where necessary. The latter may include borrowing from the playbook of activists – an unlikely ally of the business sector – such as the ability to dismantle existing power structures and mobilise communities.

Systems entrepreneurs must understand that they need to embrace both market dynamics and be prepared to work with and influence governments. And they must make sure that the beneficiaries of their efforts are given the power to steer their own destinies so that they become true partners in driving change. This is more sustainable than the top-down approaches that have been historical practice.

Of course, all this might not be enough to save us from ourselves. As systems theorists teach us, in order to change, sometimes you have to break things apart. There is an element of creative destruction involved in the rise of new ideas, and history is replete with examples of societies that have floundered – or even failed – because they have not had the courage to move forward. Instead, they opt to try to maintain the status quo or, as we have seen in global politics, they retreat into perceived safer territory. But this is not a long-term or sustainable solution, as keeping the majority out in the cold only serves as a threat to social stability.

The challenge therefore is whether we can positively transform failing systems into new systems that work for the majority of citizens, rather than against them.