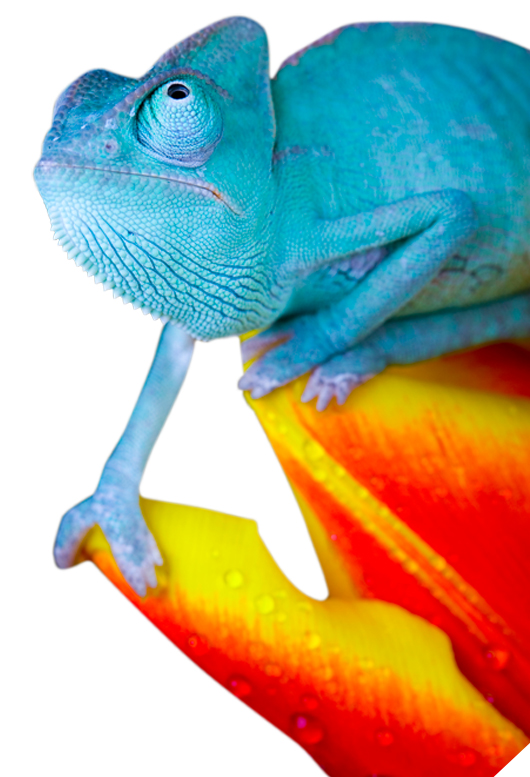 Political and economic uncertainty at home and abroad means nothing will appear tomorrow as it did today – the only way leaders will keep up with change is to change the way that they change – and it starts with tapping into how people feel.

It is a well-worn management refrain that change is the only constant; but these days, as author Gary Hamel points out, the rate of change has gone into overdrive and it’s shaking things up. Change is now multifaceted, relentless, rebellious and occasionally shocking, and it is becoming more so as each day passes.

To put change in our era into perspective, unimagined advances in technology from the invention of the internet to the decoding the human genome, as well as social and environmental pressures such as climate change and the refugee crisis, are quite literally, causing the ground beneath our feet to shift. One thing all of these changes have in common: they have come about as a result of change and they have created additional explosions of change. Change begets change. And we have to figure out a way to keep up.

To survive the tumult, organisations and individuals will need to adopt the sort of strategic thinking that allows them to change and adapt in unprecedented ways.

The contradiction at the heart of business

A great paradox of our time is that change itself is changing. In short: the future is becoming less and less predictable based on what is already known or on what has happened in the past.

In this world, nothing is sacred. Even the 100-year-old venerable institutions that seem invulnerable to change. The hard truth is that yesterday’s business models were not built to be adaptable, but adaptability and agility are key for survival today. This is the contradiction that lies at the heart of most modern-day business that managers and leaders need to grapple with.

Hamel, who is a management expert and founder of international management consulting firm, Strategos, says this of change in his book What Matters Now: “The only thing that can be safely predicted is that sometime soon your organisation will be challenged to change in ways for which it has no precedent. Your company will either adapt or falter, rethink its core assumptions or fumble.”

Of course, the concept that change can bring opportunity as well as disaster is not new, but whether an organisation will innovate or crumble when faced with inevitable change depends on its capacity to adapt, and adapt more quickly than organisations have ever done before. The problem is, as Hamel writes, that because those early management pioneers set out to build companies that were disciplined, not resilient, adaptation does not come easily. “They understood that efficiency comes from well-mapped business models and routine. Adaptability, on the other hand, demands a willingness to occasionally abandon these routines – and in most organisations there are few incentives to do so. That’s why change tends to come in only two varieties: the trivial and the traumatic. Review the history of the average corporation and what can be seen is long periods of incremental fiddling punctuated by occasional bouts of frantic, crisis-driven change.”

But it seems like a great waste for an organisation to run into a crisis and lose billions in market value before it gets serious about change. A much better approach for those companies looking to future competitiveness would be to get change-ready. As Hamel writes “A turnaround is a poor substitute for timely transformation. That’s why we need to change the way we change.”

And how do we change the way we change? It starts with revisited and re-orienting management and leadership skills towards how to make relevant change happen. All those careful systems, models and routines perfected over a hundred years need to go. Managers today need to unlearn the lessons of the past and discover a new range of critical skills to stock a new strategy toolbox that allows them to engage others in conversations for change.

A deeper understanding of change

As it stands, the traditional strategy toolbox will not allow organisations to change the way they change. Too often, present-day corporate conversations for change are missing one critical component: the psychology of strategy. This is the component that determines how leaders go about managing change.

Typically, business analysis tends to be the primary driver for making strategic choices instead of a deeper understanding of human behaviour – again this means throwing out the routines that organisations are most comfortable with. It is a fact that organisations, when making decisions, still rely most heavily on quantitative parameters – the business case, for instance, because it supposedly offers a measure of certainty to decision-making about some future position that is inherently uncertain.

Of course, there is nothing wrong with business analysis or business case development, these are essential tools for the general manager’s toolbox, but thought-leaders must be willing to explore further whether they can get more effective results from a deeper understanding of human behaviour. This is something most organisations remain uncomfortable with because it requires an understanding of the personalities and behaviour preferences of those who are integral to organisational success and the key influencers of strategic decision-making: both the people in the organisation itself, as well as customers and stakeholders. This takes hard work and time to develop. But it is this kind of multi-faceted approach that will allow organisations to charter the uncertain territories of change.

John Kotter, an authority on leadership and change, as well as being a New York Times best-selling author and Harvard professor, offers insight on the topic of making change happen. He emphasises the power of bringing about desired change by addressing how people may be feeling – which he suggests is even more telling than how these same people may be thinking about the new behaviours expected of them for change. Kotter goes so far as to assert that the core of a new way of addressing change is tuning into the hearts and minds – in that order – of those most affected by, and most able to bring about, change. He suggests that by aiming to change how people feel, and by role-modelling a desired behaviour, organisations become even more effective in making change happen than if they relied only on applying analysis and logic in an attempt to persuade others to think and, as a result, behave differently.

Strategic alignment in an ever-changing world

In other words, it is the ability and effectiveness of general management and leadership to place the human dimension of their organisation, and their organisational culture, at the forefront of change in a way that gives them the greatest influence over strategic change. In order to optimise strategic alignment in an ever-changing world, the leader must be ready to adapt his or her personal style and focus to ensure that the dominant organisational culture and current strategy are optimally aligned with the demands of the market place.

In essence, a new approach to change must begin with a willingness to explore the relationships between general management and leadership, leadership and behaviour, strategy and innovation and, ultimately, strategy and change. It is only when leaders understand how important the connectivity of these elements is that they can hope to change the way they change and build organisational resilience that will allow them to stand strong when faced with waves of uncertainty and change.