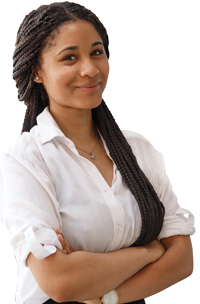 Nicole Mountain grew up in one of Cape Town’s poorest townships. Today, aged just 20, she has just landed a plum job as Community Engagement Associate at Barclays Africa and last year was chosen to lead other young people via the international organisation the Young Global Pioneers (YPG), a non-profit organisation that creates networks for young talent across the globe.

With 200 million people aged between 15 and 24, Africa has the youngest population in the world and increasingly, societies are looking to the youth to provide direction and leadership for the continent. It is a role that Mountain is embracing enthusiastically. During her journey with YPG, she received an Honour Award for participating at the 2015 International Youth Entrepreneur Summit in Xi’an, China – a moment she still says gives her “chills” to remember.

“I never imagined I would be able to represent my country as I did,” she says.

The mission of Young Global Pioneers is to ‘ignite global curiosity, empathy and aspiration in the next generation,’ explains Mountain. It does this by shaping talented youth into global-minded, responsible leaders.

“My values correlate strongly. I’ve always been inquisitive and motivated to be an agent of change through community service,” she says.

“Being voted to lead the YGP network means that I have an opportunity to show leadership on a global scale, and challenge myself during the process. My role is to ensure that the group remains closely knit and continues its global support system with regards to global insights and inter-cultural learning.” Despite growing up in Bishop Lavis, one of the country’s most disadvantaged areas, there is no trace of self-pity in Mountain’s approach to life.

“South Africa is a developing country, and we do face a lot of adversity, but once you open yourself up to the rest of the world, you get a real sense of responsibility. Once that is instilled in you, that is a real motivation; it opens people to being agents of change. I really support that.”

This sense of responsibility is a major driver for Mountain. Her own desire to be a social entrepreneur was honed at the Raymond Ackerman Academy (RAA) where she was a student in 2015, which allowed her, she says, to cut her teeth in the academic and business world and gave her the opportunity to travel to China and ultimately led to her new role.

That’s why one of her main, though tongue-in-cheek, pieces of advice to other aspiring entrepreneurs is to enrol at the RAA. “Apply as soon as possible!” she says with a smile.