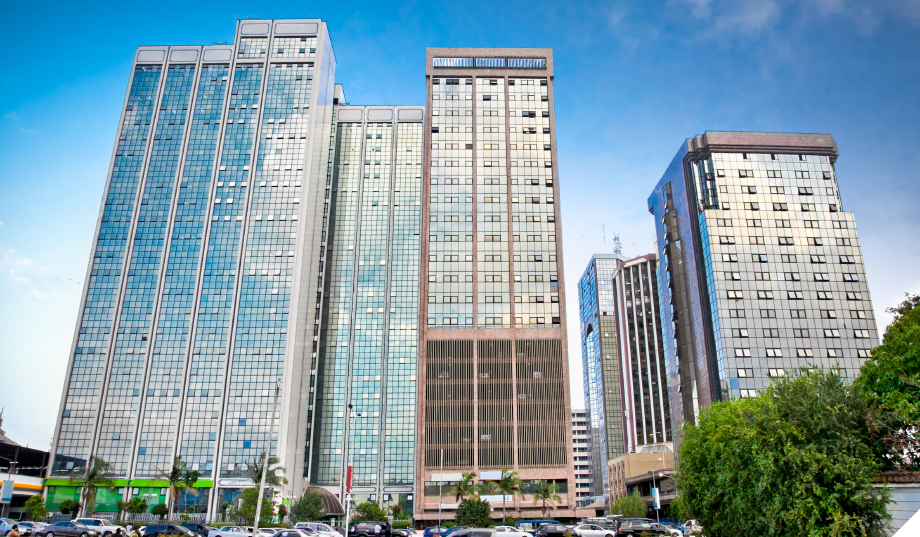 One of Africa’s most established modern cities, Nairobi is on the top five global watch list of fast modernising cities that are attracting new global business.

Africa has an opportunity to ride the wave of recent political reform and leadership shifts to boost economic growth, but questions remain as to whether the continent can achieve the necessary diversification of its economies and capitalise on the adoption of new technologies offered by the 4th industrial revolution to catch up with the rest of the world.

Recent political changes in Africa have sparked optimism that the continent, once perceived as a hopeless region, is on the rise again. Angola’s Jose Eduardo dos Santos and Zimbabwe’s Robert Mugabe both vacated office in 2017 after a combined 75 years in power.

The new leaders of the two Southern African nations, João Lourenço and Emmerson Mnangagwa, have both promised to root out corruption, open up their economies, and create a business-friendly environment to attract investment and create jobs. In South Africa, the continent’s economic powerhouse, the election of Cyril Ramaphosa as president following the reluctant resignation of scandal-ridden Jacob Zuma earlier in 2018, promises to kick-start the country’s struggling economy and avoid a further credit ratings downgrade.

According to the World Bank, growth in Sub-Saharan Africa is estimated to have rebounded to 2.4% in 2017, after slowing sharply to 1.3% in 2016. The rise reflects a modest recovery in Angola, Nigeria, and SA – some of the region’s largest economies – supported by an improvement in commodity prices, favourable global financing conditions, and slowing inflation that helped to lift household demand. Growth in the region is projected to continue to rise to 3.2% in 2018 and to 3.5% in 2019, on the back of firming commodity prices and gradually strengthening domestic demand. However, growth will remain below pre-crisis averages, partly reflecting a struggle in larger economies to boost private investment, the World Bank notes.

SA is forecast to tick up to 1.1% growth in 2018 from 0.8% in 2017. The recovery is expected to solidify, as improving business sentiment supports a modest rise in investment. According to the World Bank, policy uncertainty is likely to remain and could slow needed structural reforms.

However, in order for these countries and the broader continent to realise their full potential, diversification, prioritisation of the manufacturing sector and the adoption of technology will be key going forward, according to Dr Grieve Chelwa, senior lecturer in economics at the UCT Graduate School of Business and Associate Professor Mills Soko, former director of the GSB. The two co-convened a short course on the Political Economy of Doing Business in Africa as part of the March 2018 GNAM Global Network Week, which unpacked these issues for a class of international students.

Diversification of African economies is essential to drive growth, build market resilience and weather shocks in the face of difficult global economic conditions. To economically rise, a country has to produce sustained growth well into the future, China being a classic example. Sustained economic growth is important as it improves incomes and thus the livelihoods of the populace, says Dr Chelwa.

But sustained economic growth on the continent has largely been elusive, in part because of the over-reliance on commodities, which are vulnerable to price shocks. For the better part of the last decade, Africa’s economic growth has been largely driven by commodities and the exports of raw materials. Yet, according to Associate Professor Soko, economic history has often revealed that without significant diversification into manufacturing and services, and away from resource extraction, economic growth prospects of countries are generally always bleak.

It is thus a major concern that while many African countries have in recent times enjoyed above average growth rates (growth across the continent has averaged about 5% over the past decade), the growth has taken place in the context of limited economic diversification and structural change.

Furthermore, it is disappointing to note that Africa’s share of global manufacturing fell from 3% in 1970 to less than 2% in 2013. Manufacturing, at 10% of total African economic output, is lower than that of other developing regions, notes Soko. Going forward, it will be imperative for Africa to focus on boosting the manufacturing sector, which is vital, particularly in terms of job creation.

Riding the wave of the 4th industrial revolution

Africa should also harness technology, including artificial intelligence, to boost economic growth. Indeed, the world at large has made major progress when it comes to machine learning which has transformed the efficiency of public and private sector organisations alike. However, Africa has generally struggled to harness these cutting-edge technologies to improve public and private sector operations and boost economic growth.

Nouha Abardazzou an analyst at Infomineo, a business research company focusing on Africa and the Middle East, has argued that many African countries are still battling with issues related to the first, second and third industrial revolutions such as electricity, mechanisation of production and automation. Therefore, questions about Africa’s preparedness for the 4th industrial revolution (a digital revolution that is fusing the physical, digital and biological worlds), are being raised: Is Africa catching up with the continual advancement in technology?

“From cheap abundant labour to natural resources, Africa’s current strengths seem not to match with the fundamental needs of the 4th industrial revolution that consist mainly of colossal investment capital, research and development (R&D) and highly-skilled talent. However, the ongoing industrial revolution represents an opportunity, if used well, that will enable Africa to become a main player in the world economy,” says Abardazzou.

According to a report by PwC, there is evidence that Africa is embracing new technologies in a way that sets the continent apart from others and with the potential to transform Africa’s economic prospects, create new target markets and unprecedented consumer choice. The continent is also less constrained by legacy than other regions, creating a clean sheet upon which innovators can develop new business models and blur industry boundaries.

With agriculture being the largest employer in Africa, innovative technology is increasingly important to modernise the sector and improve the livelihood of a large farming community. Innovation in education, healthcare, energy and finance also offer a significant opportunity for the continent – some of this is already unfolding. In the past two decades financial innovation has increased exponentially and is now radically changing the very concept of a banking-centred financial system and African innovation has been at the forefront of some of these advances – think of M-Pesa in Kenya for example.

Cashing in on the demographic dividend

Thus, despite some of these concerns about the hurdles impeding Africa’s economic growth, there are encouraging signs that the continent could establish itself as a major economic player; the political environment looks stable, there is growing appetite amongst the investment community to venture into the continent, and a young and rapidly expanding population and middle class means Africa has an opportunity to reap the demographic dividend and become a new powerhouse of production and consumption in the 21st century, just as Asia did in the late 20th century , says Chelwa.

He says most countries on the continent now have stronger democracies; there are fewer civil wars, and stronger institutions such as the judiciary and central banks (which could explain why most African countries have recorded single digit inflation rates in recent times). Constraints that have held Africa back have largely been loosened. The continent basically now has all the pre-conditions of catching up with the rest of the world, Chelwa points out.

It is thus imperative for business schools on the continent to drive this message home: Africa is rising once again and is an ideal place for business. Higher education can be a key driver to narrow the gap between African countries and developed nations via targeted skills development. As renowned professor William Gumede once stated: African higher education institutions will actively have to research what needs to be done to make current African industries globally competitive, develop new production chains around them, develop new strategic sectors, introduce value-added services and find avenues for beneficiation.

To capitalise on the opportunities, the continent’s new leadership must meanwhile continue to drive reforms that create the conditions for growth and prosperity and embrace change and technical disruption as an opportunity. Africa is on the cusp of something great. Working together there is a chance we will realise it.

Global Network Weeks are organised by the Global Network for Advanced Management (GNAM). The GSB is one of just 32 global business schools that are members of GNAM.