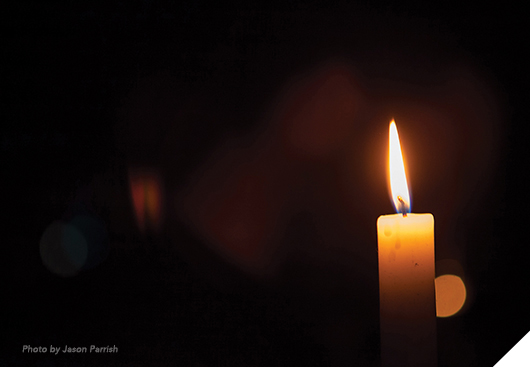 Throwing more money at struggling state-owned enterprises Eskom and SAA will not be enough to solve the underlying problems in these organisations.

Renowned American psychologist Abraham Maslow said, “One can choose to go back toward safety, or forward toward growth. Growth must be chosen again and again; fear must be overcome again and again.”

In the world of business, it can be very challenging to overcome fear. Too often, the response to uncertainty is a ‘knee-jerk’ reaction to fix the problem, patch up the hole, fire the scapegoat; anything but sit with the problem and see what novel solutions emerge. In times of crisis, organisations do not want to take risks; they want to stay safe and comfortable.

Take national air carrier, South African Airlines (SAA). In its 80-year existence it has stared down the barrel of a massive funding shortfall more than once, but on each occasion, the response to this has come in the form of a financial bailout or loan. It is a familiar refrain that was repeated in Minster Nene’s budget speech in February, where he confirmed an additional R6.488 billion guarantee for the cashstrapped airline.

Eskom, similarly, is set to receive R23 billion in this financial year, to be paid out in three instalments beginning in June 2015. It will also benefit from an additional electricity levy.

While undoubtedly our ailing state-owned enterprises (SOEs) need these financial bailouts in the short term – they are not ever going to be part of the long-term solution.

Minister Nene said that the guarantees will not be ‘automatic’ and will depend on SOEs demonstrating sound business plans, strong internal governance and greater efficiencies. I would add that they should also depend on their ability to be open to changing the way they operate on a daily basis.

What the leaders in struggling organisations need to understand is that no expensive policy, consultant or big bailout can replace the incredible power of shifting an organisation’s thinking from problem-solving to solution-finding mode. And the best time to do this is when the organisation is in crisis. The raw material for innovation is the experience of disharmony or anomaly that a crisis creates. To make productive use of these experiences, however, leaders need a degree of mastery in design thinking, integrative thinking and systems thinking.

One of the most effective ways of helping a business in crisis is through a process of business model innovation; a tried-and-tested mechanism that integrates these techniques to obtain optimal results. Business model innovation looks at the various components that make up a business and reinvents these to deliver value in a new way. It is a practical and powerful mechanism for establishing a culture of change in a company. By combining theory and practical application, individuals in the organisation are guided towards coming up with new solutions for their unique business environment.

It sounds simple, but it is a process that takes courage and vision, which needs to come from the top. There are many examples of companies that have innovated their business model to make the company more profitable and geared toward growth and success. One of these is Naspers – currently one of the biggest media companies in the world – which started out as a book publisher in 1919. First it added pay-TV to its business model, with the profitable M-Net and later DSTV services. In 2001, Naspers innovated its business model again, this time with the internet and its acquisition of a 46.5% interest in Tencent Holdings Limited, the operator of an instant messaging platform in China. This investment, as well as other internet business acquisitions, have resulted in Naspers now deriving 54% of its profit from online, with a healthy share price to show for it.

How did a company that was once the mouthpiece of apartheid and a publisher of traditional newspapers transform itself into a cutting-edge, tech-savvy multinational? It would not have been possible without the visionary leadership of former CEO Koos Bekker, who enabled a process of innovation to thrive.

By contrast, the legacy of poor leadership in parastatals has had much publicity of late. In March, Standard & Poor’s (S&P) downgraded the struggling Eskom to junk following the suspension of the utility’s chief executive officer and three other senior executives. Without strong and inspiring leadership, no company can be expected to do well, much less implement innovative strategies.

But we can’t also always blame poor leadership. The truth is that companies don’t need a hero at the helm. They just need someone who is intellectually honest and willing to explore new avenues and steer the ship in a different direction, preferably away from the rocks.

Instead of expediently choosing among the least-worst choices, a focus on creating new options is required. And it starts with opening the mind to new ways of thinking, exploring alternative options previously discounted and employing established techniques of testing alternative options, which can deliver surprising results.

Of course, not just SAA and Eskom need to do this. Too many companies are not set up for innovation and growth and find themselves unable to get out of a rut. When the problems are manifold and complex this may make finding a solution tough, but it doesn’t mean the solutions aren’t out there. As Maslow pointed out, when it is most uncomfortable and appears very risky, this is the time to choose change and to move forward – with vision and courage.