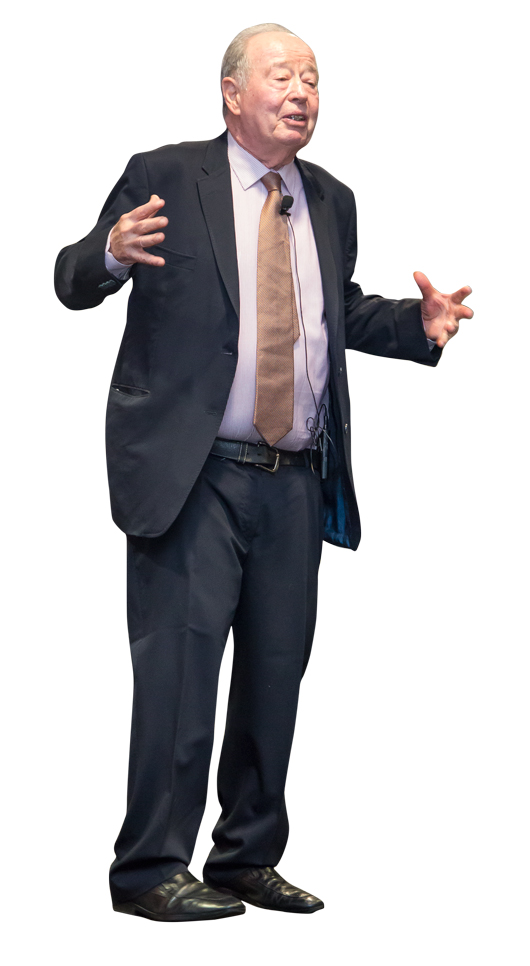 Investing in education, skills development and infrastructure and attracting more financial capital are seen as key to getting South Africa back on track, but Brian Kantor, Investec economic advisor and former UCT professor, also had some more radical proposals to offer at the annual GSB Post-budget Breakfast.

Last year, US President Barack Obama told an African Union (AU) meeting in Addis Ababa that Africa’s progress will depend on unleashing economic growth, not just for the few at the top, but for the many.

Obama, who has been very open about his passion for Africa, said progress will depend on development that truly lifts countries from poverty to prosperity.

“Many of your nations have made important reforms to attract investment … it’s been a spark for growth. But in many places across Africa, it’s still too hard to start a venture, still too hard to build a business. Governments that take additional reforms to make doing business easier will have an eager partner in the United States,” said Obama.

Kantor, who was speaking at a post-budget breakfast organised by the UCT Graduate School of Business (GSB) in March, emphasised how important it was for governments to take a lead in this respect, saying the right environment would provide the foundations for businesses to grow and create much-needed jobs and prosperity for the continent.

Africa has experienced something of an extraordinary economic transformation over the last decade or so. In recent years Sub-Saharan Africa has been home to six of the world’s 10 fastest-growing economies. Growth has averaged 5% per annum since 2000, with some countries even approaching 7%-plus.

But critics have warned that Africa has seen false dawns before and constantly fails to realise its full potential.

Investing in education, skills development and infrastructure are some of the key ingredients that can help buck this trend and keep Africa’s development on a positive track in the coming years, Kantor said.

“Yes, there is hope. The demographics are encouraging … we are adopting modern technology. We have a young workforce, but you have to put them to work and retain skills.”

Turning to South Africa’s growth prospects, Kantor said: “Our future rests on our ability to retain and attract globally competitive skills of all pigmentation. Yes, it is true at the moment that the majority of top management positions are occupied by whites … but I say it’s good for the poor … I wish we could get over this … yes the skills were acquired in an unfair way, but they are useful and can grow the economy which will also benefit the poor … the alternative is (for those skills) to go away.”

Kantor believes that South Africa and the continent as a whole can only attract financial capital by promising more growth.

“Growth leads capital … but right now there is very little growth in South Africa (about 1%).”

“This reflects both depressed global conditions and the impact of the drought … It also reflects policy uncertainty, the effect of protracted labour disputes on business confidence, electricity supply constraints and regulatory barriers to investment,” the minister said.

He emphasised that South Africa had effective macroeconomic policy, a strong private sector, banks that were well-capitalised, and “resourceful people, committed to contributing to a better South Africa”, which put the country’s economy in a better position to succeed. Gordhan said that for the economy to grow at a rate that would create jobs and raise incomes, investment growth needed to be scaled up. Without growth, the country would be unable to increase spending on its priorities adequately.

“This means we must address institutional and regulatory barriers to business investment and growth. It means we must give greater impetus to sectors and industries where we have competitive advantages,” stated Gordhan.

Commentators on Gordhan’s speech variously noted that the budget’s proposals are a return to what fiscal leadership should look like, where government plays the role of the facilitator and builds the platform from which others can create growth. There was broad agreement that the message Gordhan is sending is one of long-term stability and concern for the economic well-being of South Africans, rather than short-term extreme adjustments.

An end to corporate tax

Kantor, by contrast, offered what he called a “revolutionary” proposal to resuscitate the flagging South African economy. He said government should give up corporate tax altogether.

“No corporate tax. Sacrifice R200 billion a year of corporate tax…no tax on income of companies … only tax the owners and workers of companies. How do you make it up the R200 billion? We make it up through wealth or payroll tax. This will make our corporate sector the most competitive in the world from a tax point of view (and) every head office in the world will want to come to South Africa. Other countries would hate it. We become the tax haven of tax havens.”

Such a policy would attract capital to South Africa, create jobs and lead to economic growth, said Kantor. On the other side of spectrum, he warned that plans to introduce a minimum wage could hurt South Africa’s growth prospects.

“The minimum wage of, let’s say R4 000, will price unskilled people even more out of the labour market. They will be fewer people in jobs … To say wages do not affect employment, is absolute rubbish. Cost of employment will affect demand for employees.”

In addition, Kantor said, South Africa should forget about redistribution and focus on growth. He was of the view that growth would help the poor and policies of redistribution in South Africa have not been about assisting the deprived, but largely about serving the politically influential.

Kantor was also of the strong opinion that it was completely wrong for the Reserve Bank to raise interest rates into a recession and into a drought. Such a move, he said, was likely to stifle South Africa’s growth prospects at a time when it can least afford it. He said growth could improve if the rand recovers, but that this was doubtful because of rising interest rates.

The South African Reserve Bank has steadfastly pursued an inflation targeting policy since the early 2000s with a target of between 3 and 6%.In March, it raised interest rates by 25 basis points to 7% in a bid to protect the country’s beleaguered currency.

According to Kantor, higher interest rates have generally slowed the economy without necessarily supporting the rand – and could even encourage further rand weakness. Slower growth would discourage foreign and domestic owners or managers of capital to invest in South Africa. Growth attracts the capital flows that determine the value of the rand and a stronger rand means lower inflation, Kantor said.

Despite these concerns, Kantor reiterated that it was not all doom and gloom for South Africa and indeed the continent.

“My recipe is quite simple: Provide the right environment, freedoms, the protection of property and you let people get on with it. You cannot direct from the top,” he concluded.