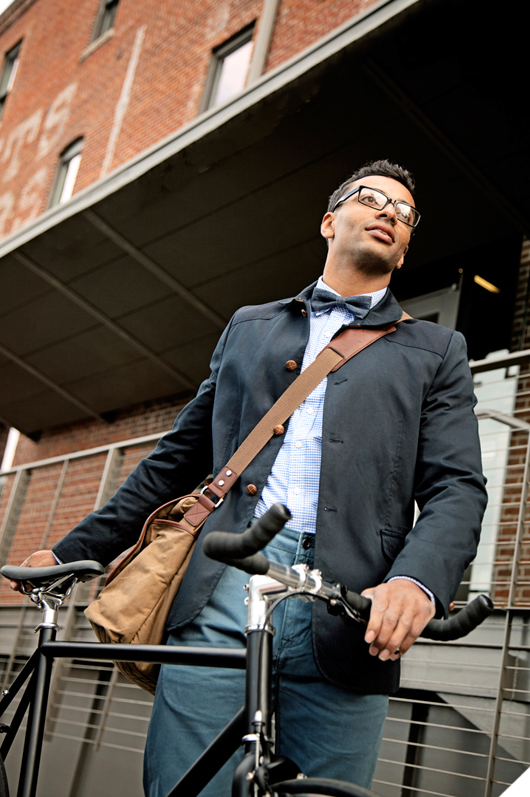 Recruiters in southern Africa are beginning to look at hiring people who are not only business savvy, but more connected to communities, socially innovative and able to plan for uncertain economic times.

Employers still love business school graduates according to the Graduate Management Admissions Council (GMAC) annual corporate recruiters survey, but at a recent networking event of the South African Graduate Employers Association (SAGEA) in Johannesburg, it emerged that there is a growing trend that employers in South Africa and Africa are seeking people with an expanded set of business skills.

While still looking for solid business acumen and traditional business skills, there is a move towards people who are also more in tune with social responsibilities, have values that are more community-based than corporate, and who are geared towards sustainability in environmental as well as social terms.

Nicola Jowell, who runs the MPhil in Inclusive Innovation at the UCT Graduate School of Business (GSB), says that she has also noticed this shift in her conversations with industry. The MPhil, which is one of the GSB’s more recent academic offerings and sets out deliberately to foster just such a broader skill set in its students, is attracting a lot of interest from prospective students and industry, she reports.

“There are signs that the idea of business as usual is waning, globally as well as locally, with both employers and employees focusing on business unusual,” says Jowell. By this, she means a more multi-dimensional approach towards running businesses and leading teams and building operations that are about creating value for the business as well as for customers and for society at large.

She says this contemporary view needs to be based within a new paradigm, a more systemic view of the company that starts with a thorough reflection on value creation, for customers, citizens and stakeholders, while managing sustainable performance.

It all boils down to a different way of doing business, a more meaningful way that is based on the realisation of value as a key driver for management. Jowell says a socially innovative or responsible business leader makes decisions that are not motivated by profit alone, but by the value creation that accrues both to the business and its customers as well as to the communities within which it operates.

Being more socially aware and community-spirited are characteristics of the generation that have become known as the millennials. Young people between the ages of 18 and 33 years old generally fall in this category. Millennials have been shown to want more flexible and creative workplaces and they prefer more options in terms of their careers and their job path.

According to Forbes, a survey of 1 000 millennials revealed that more than 90% stated that connection and community were their biggest priority. They said relationships and turning ordinary ways of doing things into extraordinary processes were important to them.

Millennials are often criticised for being entitled and demanding, but the survey showed that 71% of companies interviewed said losing millennial employees increased workloads and stress levels of current employees. In addition, 56% of companies said it took up to seven weeks to hire a fully functional millennial in a new role, proving that it may be better for office morale and productivity to look at ways to keep millennials satisfied in their positions and prevent them from leaving.

There is definitely a shift in the mindset and attitude of big corporations and multinationals towards recruitment, says Samantha Crous, regional director: Africa for the Top Employers Institute (TEI). The institute certifies excellence in the conditions employers around the world create for employees.

Crous says top employers in Africa, in common with those around the world, are increasingly emphasising corporate social responsibility, employee wellness and involvements in charities and community initiatives in social or environmentally responsible areas. For most top employers, this is an essential part of building people as a strategic resource, she says.

Unilever is a case in point. The company offers all kinds of development and mentoring programmes to employees as well as flexible working hours, sabbaticals and special services, like onsite breastfeeding rooms for new mothers. The company also encourages social media interaction and uses the Internet to facilitate better communications between employees and remote offices.

The world is changing towards a more social- and community-driven environment, where businesses are expected to do more than pay lip service to social responsibility and innovation. In South Africa and Africa generally, there is a growing belief in the power of social innovation to address the many developmental challenges societies are facing. Initiatives that are profitable from a business point of view while being geared towards making positive contributions to communities are the objective.

With recruiters interested in hiring more socially responsible leaders, it seems that corporations are not only taking heed of what is happening around them on the ground, but are also responding to the needs of the millennials who want to be more connected to people within and outside their organisations. Considering the country’s uncertain economic outlook as well as political turbulence, many business leaders want key staff members, who are not only aware of the political and social issues but also able to address them, deal with them and plan for the future with all of these variables in mind.

Planning for uncertainty might sound like a catch-22, but Jowell says not only can this be taught to young business leaders – it should be taught, especially to those working in emerging market business conditions. This includes the traditional focus on business acumen and leadership, but adding elements of design thinking, which provides viable thinking strategies for particularly tricky situations – like how to avoid conflict in communities where development has to take place or how to involve stakeholders in corporate processes.

Emerging markets and developing countries often face business challenges that are unique to their context and cultures and business leaders wanting to excel in these contexts need to study how others have acted and planned. This forms the core of the GSB’s MPhil in Inclusive Innovation as well as many of its other courses.

The school’s director, Professor Walter Baets explains, “In a world where business lurches from crisis to crisis and scandal to scandal, where ordinary people see their savings wiped out through the unscrupulous and largely risk-insulated decision of executives and managers and where governments are compelled to intervene to prevent further collapse and loss, there is a desperate need for a new way of thinking, a new way of doing and a new way of being in business.”