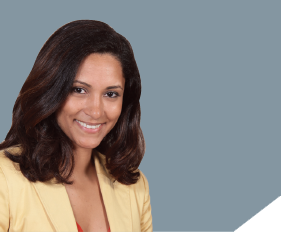 Radio personality and TV presenter Saskia Falken-Hickey has joined the UCT Graduate School of Business (GSB) as the new head of marketing.

South Africans have come to know Saskia Falken as a radio personality, television presenter and public relations specialist. She brings all of this and more to her new role as Marketing Intelligence and Strategy Manager at the UCT GSB. Not many people know that this versatile media expert – who now goes by her married name of Hickey – also has a keen business brain coupled with a deep social conscience. “The GSB is such an exciting brand to work with,” says Falken-Hickey, explaining that she will be reviewing the brand and helping to take it forward in line with the vision of the school. “We will be reviewing where we are as a brand and then begin to formulate a strategy that is in keeping with our passion for values-based leadership and social innovation.” The GSB is recognised as Africa’s top business school and has recently risen to a prestigious 59th place on the Financial Times global ranking for full-time MBAs. But Falken-Hickey says there’s still lots of work ahead. “I think we need to tell more of our stories. While we’ve done incredibly well in the rankings; that is just one story to tell about the GSB. Another would be that the GSB offers not only the best business education on the continent, but also the space where the leaders of tomorrow’s emerging market environments are shaped.” Falken-Hickey recently completed her MBA at the school and says doing the degree changed her life. With her background in media (she worked at the SABC, Heart 104.9 FM and ENCA), she brings a wealth of experience and contacts in the PR and marketing world. She credits her years of experience in the industry with knowing how to build good relationships and really listening to people, as well as understanding markets and how to communicate important messages. 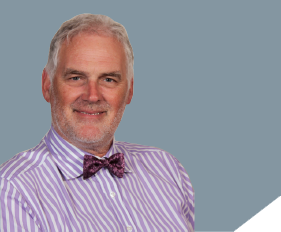 Director of the University of Cape Town Graduate School of Business (GSB), Walter Baets, has been elected as the chairperson of the Association of African Business Schools (AABS).

AABS is a network of African business schools, formally established in October 2005 and registered as a non-profit organisation in September 2007. Through capacity building, collaboration, and quality improvement programmes for deans or directors and faculty from African Business Schools, it aims to help build effective business schools in order to improve management education in Africa and thus enhance the relevance and contribution of business schools to African development. “It’s good for the GSB to be able to play a more active role in this fine association. Traditionally, the GSB has had more collaborations with US and UK business schools, so the AABS allows us to build more relationships with other African schools – something which I believe, in the spirit of creating African management for Africa, is very important,” said Baets, who took up the position on 1 January 2014. Baets believes that African business schools need to develop their own identity if they are to respond appropriately to Africa-specific business and management challenges, something which, in his position as chairperson, he hopes to have the opportunity to investigate. “In order for business leadership on the continent to move forward, business schools cannot merely adopt prescribed ways of doing things. Through AABS, African schools are able to encourage better co-operation in the African context, enrich discussions, see what has worked for other schools, and generally improve the quality of business schools in Africa.” 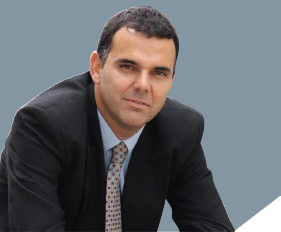 In a role that will help shape policy-making in South Africa, UCT GSB professor and emerging market economics expert John Luiz has been named a national member of the Council of Statistics South Africa.

Responsible for all social and economic statistics in the country – ranging from censuses to monthly and quarterly reports on the Consumer Price Index and official unemployment rates – Statistics South Africa is a key organisation in ensuring that decisionand policy-making in the country is informed by accurate statistics. The Council consists of 25 members appointed by government. Luiz, who is a member of various professional bodies including the national councils of the Economic Society of South Africa (currently president-elect) and the Economic History Society of South Africa, said that he is honoured by the appointment, and is glad that economists will be represented in Statistics South Africa, a body that he described as “an important asset which helps shape the future of South Africa.” Luiz said that in an emerging market such as South Africa, productive debate and policy decisions require trustworthy, comparable, and understandable statistical information, a responsibility that Statistics South Africa takes seriously. “As an economist – a field that relies heavily on data, I feel the appointment is especially relevant. Having a centralised, reliable and high-quality information source to inform the governmental, scientific and commercial sectors is vital, and having leadership in South Africa that is willing and capable of using a knowledge base for evidence-based decision-making is equally important. I’m excited to be a part of the system that will ensure the data is both appropriate and legitimate,” said Luiz.