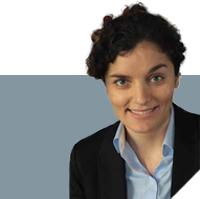 Academics should strive to do research that deals with real challenges and opportunities in society, says Dr Stephanie Giamporcaro, senior lecturer and the new research director at the UCT GSB.

“Meaningful research is very important at the GSB. The school, which is one of just 60 around the world to have triple crown accreditation, participates and collaborates at an international level,” says Dr Giamporcaro. This necessitates a strong research mission that is in line with the business school’s vision, which is to become a leading business school in emerging economies through a values-based and sustainable business approach.

Dr Giamporcaro came to the business school in October 2011 as a senior lecturer in finance and has been very involved in research initiatives, like the PhD programme and research design and methodology workshop.

Promoting PhD students and developing them into world-class researchers with a passion for research is one of her key objectives as research director. “PhD students should graduate from the UCT GSB, not only with an internationally recognised PhD qualification, demonstrating thought leadership in their area of specialisation, but also a broader understanding of and love for research,” she says, adding that they must be able to make an original contribution to theory, while also addressing practical, social or organisational challenges.

Dr Giamporcaro’s own field of interest is responsible investment, which relates to all three clusters of research at the school – social innovation and sustainability; values-based leadership; and emerging market finance, investment and trade. One element of her research looks at the extent to which individuals in South Africa control or play a part in the way their pensions and savings contributions are used and invested by the companies they work for. She is also the lead researcher on the Africa Investment for Impact Barometer, an annual publication that offers a snapshot of the investment for impact market in Africa.

She says other faculty at the UCT GSB are working on similarly interesting research projects. “We try to use our expertise as researchers to mainstream certain ideas and develop them into usable frameworks for business and people in organisations. We want to be engaged with business in bringing about change for more responsible and ethical business choices,” she says. 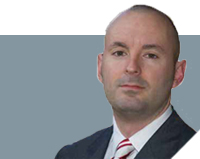 Do not undervalue the resilience that three to five simple, sturdy, honest core values, expressed succinctly, can give a business, particularly in times of crisis, says Dr Tim London, formerly of the UK’s University of Cambridge, who joined the team at the Allan Gray Centre for Values Based Leadership at the UCT GSB in August.

“The global economy has placed a premium on values-based leadership, and the South African economy is an ideal place to put it into practice, particularly as it has been examining the notion of values and asking the questions: if we are different to 30 years ago, how has the country changed since the onset of democracy?”

Dr London says that it is an interesting time to be in South Africa and at the UCT GSB, particularly as the Allan Gray Centre for Values-Based Leadership, which was established in 2011, is itself relatively new. “South Africa is very interestingly placed at present as it comes out of apartheid and assumes its role in BRICS (an acronym given to the association of five major emerging national economies: Brazil, Russia, India, China and South Africa) and evolves into an emerged market,” he says.

Dr London, latterly the director of programmes at the Institute of Continuing Education at the University of Cambridge, England, was raised in Minnesota in the US, and has worked all around the world, including Northern Ireland, the US, Georgia and Saipan, the largest of the Northern Mariana Islands in the Pacific, as well as in Egypt. During this time, he has acquired a number of degrees, including a BA Psychology (Colgate University, New York), a Master of Arts (University of Illinois-Springfield, US), a Graduate Certificate in Higher Education Teaching (PGCHET) and a Master of Laws (both from Queens University, Belfast), and a Doctorate of Education (Peabody College of Vanderbilt University, Nashville). He is currently studying an MBA through the University of Liverpool, UK.

It is a career path that has given him a global view and a passion for a working philosophy of core values, which he believes can play a key role in guiding an organisation – or a country – through difficult times.

The trick, he says, is to develop your personal core values, as well as business values and to be totally honest. “If your core value is to do whatever makes the most money, then be honest about it. But it gives your business core concepts, or building blocks by which to rebuild or refocus your business when bad things happen.”

“I’m excited to be at the UCT GSB,” says Dr London. “It is a community with a lot of passion and interest in including and serving the broader business community, and looking at what we can do to get that right and to deliver courses that are interesting, relevant and groundbreaking.”