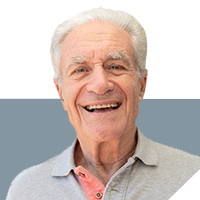 MBA alumnus, Dr Terry Berkow, who was part of the
first MBA class at the UCT GSB, returned to the school recently to carry out its first ever brand audit.

A brand audit carried out by the UCT Graduate School of Business marketing department has shown that the GSB is seen to be the number one business school in South Africa by current and past students, as well as by those considering an MBA.

The survey polled almost 300 past, present and prospective students along with a limited number of corporates to find out how the GSB brand is perceived by its target market, as well as how well the school stacks up against its closest competitors.

“The UCT GSB is one of the oldest and most respected business schools in the country, and it was good to see the results of this survey affirming that, in the eyes of its target market, this perception holds,” says Dr Terry Berkow of branding and marketing consultancy, Berkow Associates, who led the audit.

“When we interviewed past and present students who had studied or are studying at the UCT GSB, we of course expected to be ranked as their number one school. But what we found was that they felt that genuinely, there was no post-purchase dissonance,” says Berkow.

“More surprising, however, was what prospective students thought of the UCT GSB. Even though they had never been to the school, they still ranked the GSB as the number one business school in the country. In other words, the school has a far-reaching image of being excellent, and that was gratifying to learn.”

Berkow, a veteran marketer who has headed up the marketing divisions at FMCG companies Tongaat Foods Limited and Beacon Sweets & Chocolates, as well as starting and growing his own chocolate business, SwissMiss, has more than a casual interest in the UCT GSB. He was one of the first students to sign up for an MBA at the school almost 50 years ago, when it opened its doors in 1966.

“At that time, there wasn’t a full-time MBA in Cape Town, so I had first applied to American schools,” says Berkow. However, when he saw an advertisement in the newspaper announcing the establishment of Cape Town’s first full-time business school at UCT, to be directed by the esteemed Professor Bob Boland from the Cranfield School of Management in the UK, he turned his focus homeward.

After meeting with Boland and gaining an acceptance, based on his credentials, on the spot, Berkow embarked on a career in marketing that has landed him at the helm of the GSB’s brand audit. He says that his history with the school, and the fact that he has taught marketing at numerous business schools at home and abroad in the past few decades, puts him in a unique position to lead the audit – despite the fact that his experience is predominantly in the FMCG sector.

“Having been both a student and a lecturer in business schools gives me a better understanding of the target market and what the hot buttons are in that market, which is always an advantage in market research,” he comments.

The brand audit is an initiative of the UCT GSB’s marketing intelligence and strategy manager, Saskia Hickey, and sets out to examine the perceptions of the school on different scales and against different values, such as reputation, academic image, quality of lecturers and career opportunities.

While the first stage of the audit, a survey of past, present and prospective MBA students is complete, a second stage is currently under way to interrogate how corporates and other organisations view the school, specifically with regards to executive education or short courses.

The consolidated results will be used as a baseline for a strategic marketing plan that will strengthen the GSB’s offerings and identify new markets.

Major accreditation bodies such as the European Foundation for Management Development, the Association of MBAs and the AACSB also all look for a strong, evidence-based marketing strategy as a key indicator that the school is internationally competitive.

“As we learned from the audit, many students value the fact that the UCT GSB has a solid international reputation – as measured by these accreditations and other rankings. So it is important that we maintain these and communicate the results to our market,” says Berkow.

“Customer centricity was one of the most important lessons I took from my studies at the GSB in 1966 and this message is still as fresh today as it was then. In fact, customer centricity is even more important today, and companies that recognise this will succeed.

“At the same time, you can’t just supply what people are asking for, but also create new needs and a niche that sets you apart.”