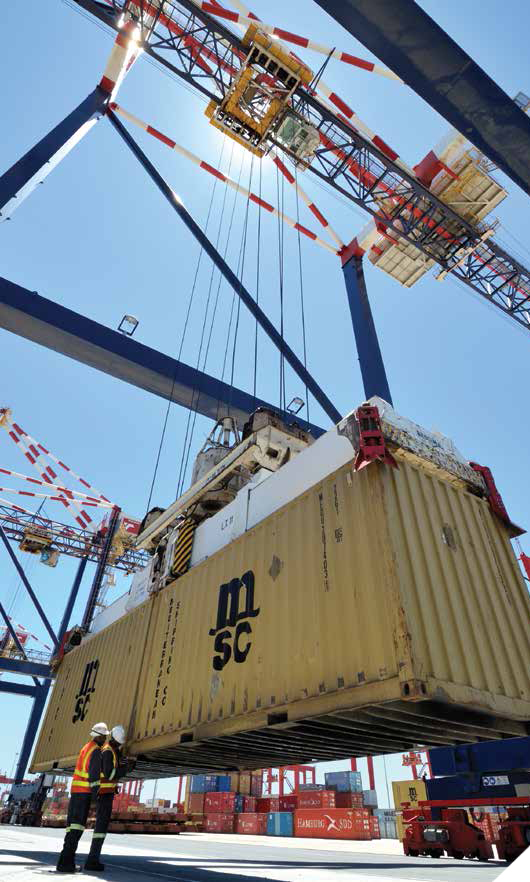 China has displaced the US as Africa’s biggest trading partner and has gained much political and economic influence on the continent, but as the US economy rebounds, South Africa has had to work to repair its increasingly antagonistic relationship with this important but undervalued trading partner.

“BREAK the kettles and sink the boats” is an ancient Chinese saying attributed to Xiang Yu, a prominent warlord of the late Qin Dynasty. He is reputed to have issued this order at the Battle of Julu in 207 BC after he and his men had forded a raging river in pursuit of the enemy. The intention, of course, was that by destroying all means of retreat, his army would have no choice but to commit to a struggle to the bitter end, and therefore be more likely to achieve victory.

The English equivalent is to ‘burn one’s bridges’, which also has military origins. However, the Chinese version is more relevant to this article, which concerns another form of warfare, albeit a low grade variety – international trade.

In the case of the Battle of Julu, sinking the boats worked out well for Xiang Yu, who triumphed over rival commander Zhang Han. But it was a high-risk strategy that could have gone badly wrong. That is presumably why in English the expression to ‘burn one’s bridges’ is invariably preceded by the words ‘should not’: it makes sense in most circumstances to keep your options open.

This is a lesson the South African government will hopefully have learned after coming perilously close to sinking its boats in pursuit of a policy favouring China and emerging markets – the BRIC bloc in particular – over traditional trading partners such as the EU and US.

There was some logic to favouring China a few years ago, when the US was in the depths of a depression brought about by the subprime crisis and Europe was sinking under the weight of excessive debt. China was the new engine of global growth and seemed primed to eclipse the US as the world’s dominant economy, so it made sense to hedge our bets by diversifying trading partners.

What did not make sense, and still doesn’t, was an urge to sink boats after crossing the river to engage with China. South Africa’s diplomatic relationship with the US became increasingly antagonistic, soured by an erratic voting record at the United Nations, a perplexing approach to human rights abuses in Zimbabwe and a penchant for rash anti-Western rhetoric on the part of the governing African National Congress and its allies.

However, several years and trillions of dollars in quantitative easing later and it is the US economy that is rebounding and China that is starting to look flat. While trade with China has mushroomed over the past decade, the terms of that trade have not favoured South Africa’s long-term economic development, being focused on commodity exports and imports of low-cost manufactured goods that have contributed significantly to its gradual deindustrialisation.

With Europe still in the doldrums, the lifeline that has kept us from being stranded on the wrong side of the river is the US Africa Growth and Opportunity Act (Agoa), which will be renewed in September next year, following an agreement struck at the US-Africa Leaders Summit in August – subject to ratification by the US Congress and the various African governments.

Agoa is credited with boosting US-Africa trade by more than half since 2003, and the US remains the biggest investor in Africa, despite China’s rapid advance and centuries of European colonial history. African trade with the US totalled $39 billion last year, although less than $5 billion of that (excluding SA) was nonoil products. SA is the largest non-oil African exporter to the US by far at $8.5 billion last year, actually enjoying a trade surplus of $1.2 billion.

Prior to the implementation of Agoa, South Africa’s exports to the US comprised primarily minerals and metals; now about two thirds of that trade is in value-added manufactured products. Yet we have taken advantage of only about a third of the 6 000-odd tariff codes that Agoa has made available to African countries tariff-free in terms of the agreement.

Panellists who participated in a roundtable discussion organised jointly by the UCT GSB and South African Institute of International Affairs ahead of the US-Africa Leaders Summit agreed that the biggest challenges under the renewed Agoa agreement will be ensuring the continent diversifies its product offering from extractive, resource-based exports towards trade in higher value-added goods and services. The continent’s ability to exploit the opportunities offered by Agoa is also limited by infrastructure shortcomings, investor insecurity over the longevity of the agreement, obstacles to intra-African trade and difficulties getting to grips with the US’s sometimes complex import requirements.

“It’s crazy,” said panellist and US Consul General Erica J Barks-Ruggles. “This is the only continent in the world not trading with its neighbours.” She also pointed out that despite the decimation of the SA clothing manufacturing sector due to low-cost Asian imports, manufacturers have not taken advantage of the zero duty on uniform imports to the US under Agoa, which is ordinarily 20%. The same applies to baby clothes.

South Africa is not the only one at fault in its neglect of the relationship with the US. The US itself, possibly distracted by its response to the September 11, 2001 terror attacks, was slow to recognise the implications of China’s economic rise and increased engagement with Africa.

As a result, China has displaced the US as Africa’s biggest trading partner and has gained much political and economic influence on the continent. With Africa widely expected to be the fastest growing continent for the foreseeable future, the US has a lot of catching up to do.

US President Barack Obama’s announcement at the leaders’ summit of $33 billion in trade and investment commitments to help spur development is a good start, especially as some of that covers projects such as electricity generation and infrastructure that should encourage intra-African trade. It also included about $14 billion in private sector deals, among them General Electric’s investment in the production of locomotives in South Africa.

UCT GSB Associate Professor Mills Soko, who chaired the roundtable discussion, says while Agoa has undoubtedly been mutually beneficial, it is clear the relationship between the US and Africa needs to be refined, and the two sides’ priorities could be better aligned. Specific issues that need to be addressed include access to finance, particularly to upgrade infrastructure; the provision of incentives for US firms to invest in key African sectors; support for agriculture; and a dedicated effort to expand trade in services. It is also imperative that US domestic agricultural subsidies be reviewed as they prevent African goods from being competitive, even with the benefit of Agoa, he says.

Concern has been expressed by some commentators over the fact that the Agoa renewal announcement did not come in the form of a joint communiqué, just a statement by President Obama, which might mean some of the African delegations have reservations about how the agreement will be received back home. And the summit studiously avoided any mention of the most issues that have caused most tension between African countries and the US in the past, specifically disagreements over security matters and the effect corruption and poor governance have on foreign companies’ ability to do business on the continent.

There are a number of reasons to be hopeful that the summit – and especially the extension of Agoa for a further five years – will continue to produce concrete benefits for both the US and Africa. As Xiang Yu might have acknowledged, a rising tide lifts all boats – as long as they have not been scuttled.