#5 Winter 2016
The GSB has over the past 50 years charted its own distinctly African path. In the sections that follow, we highlight the many milestones along the school’s long and interesting journey and celebrate the people who have helped make this institution the success that it is today.

These are the directors of the GSB that made it all possible:

Kate Jowell meets Lord Fraser of Lonsdale (left), the well-known British peer, at a lunch in his honour. Meyer Feldberg in the middle.
In the early 1960s, renowned economist and UCT Dean of the Faculty of Commerce, Professor William Hutt had a vision. He wanted to create a South African business school; one that would be as good as the thriving institutions in the US, UK and Europe, and able to offer a full-time MBA, but more accessible to the South African business community. In 1964, the GSB opened its doors in Orange Street with the first class of part-time MBAs. The school took up residence at the Rondebosch campus in 1966 and the first full-time MBA class was launched.

“I came to Cape Town in August 1965 with the dream of developing a multi-racial Harvard Business School in Africa.” 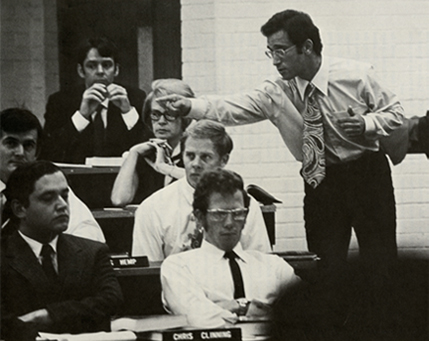 Meyer Feldberg puts an early class of MBAs through their paces. 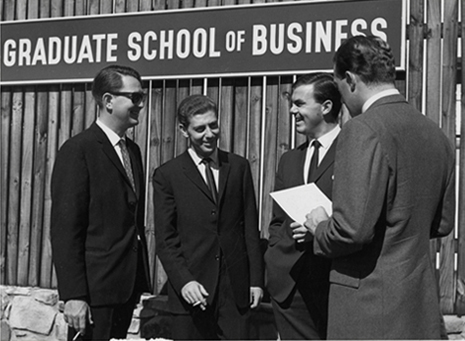 A 1977 survey showed that within 10 years of graduating from the GSB MBA, over 25% of students had become chairpersons, managing directors and general managers. By 1979, this figure had climbed to 36%. Part of this success may be ascribed to the acumen of then-director, Meyer Feldberg, who strengthened ties with the business community and redesigned and refreshed academic programmes. In the 1980s, director John Simpson saw a leadership position for the GSB, not only in South Africa, but in southern Africa and understood how it could participate in the advancement of all people of the region.

The Centre for African Management was established in the1980s as an independent wing of the GSB aimed at developing managers from diverse backgrounds. Pictured here (l to r) are the staff; Fatima Allie, Linda Human, Angus Bowmaker-Falconer and Bulelwa Dywili. 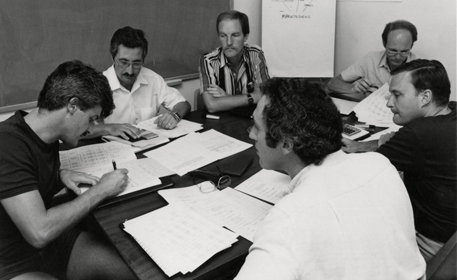 Members of the Programme for Management Development (PMD) class of 1984 get down to their group work. The GSB pioneered the concept of group learning in South Africa.

The late 1980s and early 1990s were a time of unprecedented turmoil in South Africa and a time of exciting change for the GSB, too. As the country embarked on its journey towards equality, the GSB launched the Associate in Management (AIM) programme – allowing working black South Africans who might not have had access to education under the apartheid regime to achieve a postgraduate qualification in business. During this period, the GSB moved to its current home – the Breakwater Campus at the V&A Waterfront. This iconic building was formerly a political prison and also a hostel in the apartheid era and its transformation into a centre of knowledge and learning is symbolic of the transformation of the country as a whole. 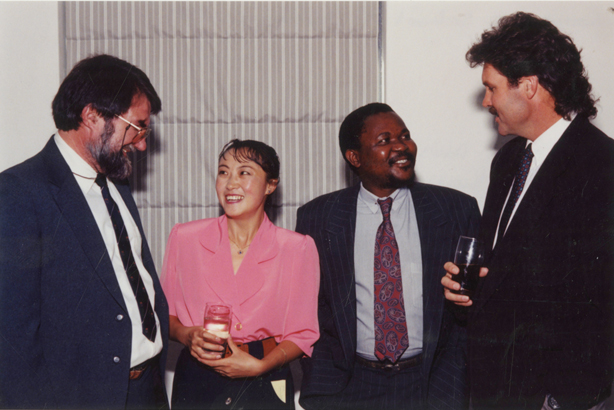 Top AIM students from the Class of 1993, Zhang Dongmei and Bhekisisa Nkosi, chat with associate professors Dunn and Bradfield. 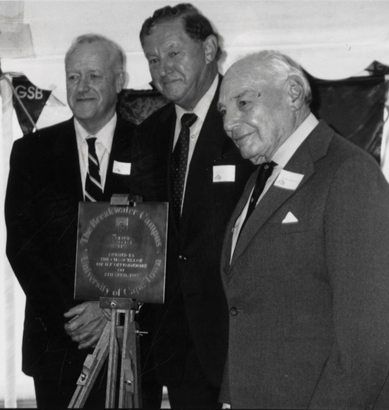 As the millennium approached, with environmental and sustainability concerns growing, it was clear that a new approach to business education was needed – especially in emerging markets, where economic disparities were greatest. The GSB was determined to drive this process. In 1999, the Executive MBA was launched – an applied learning experience for executives and leaders that broke the mould of a traditional MBA. The GSB also signed an exchange agreement with the prestigious Columbia Business School in 2000, becoming the first business school in South Africa to do so. The GSB was a pioneer in this respect, leading the charge for numerous exchange agreements across the globe, as well as the establishment of an international office at the GSB.

“As is so often the case, we in South Africa have the opportunity to pioneer new approaches that bridge the developed and developing worlds.” 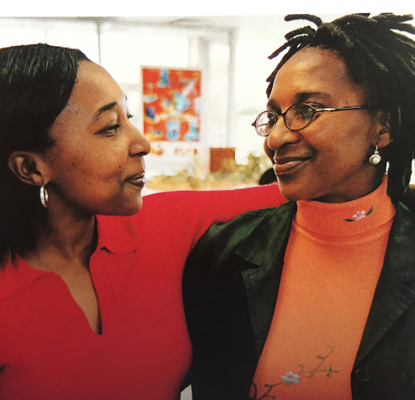 Mother and daughter Thami and Nina Tshandu are both graduates of the GSB AIM programme (2000 and 2001 respectively). 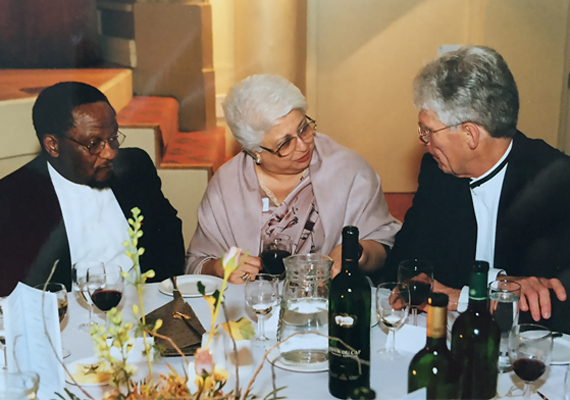 Director of the GSB, Nick Segal, chats with then-speaker of the National Assembly, Frene Ginwala, at the GSB Annual Dinner in 2001. Former UCT Vice-Chancellor, Professor Njabulo Ndebele looks on.

In the past 10 years, the GSB has continued to ascend the ladder of professional excellence – while beefing up its commitment to local relevance. In 2013, the school achieved coveted triple-crown accreditation, meaning that the world’s most significant accreditation bodies: AMBA (Association of MBAs); EQUIS (from the European Foundation of Management Development); and AACSB (Association to Advance Collegiate Schools) endorse it. Under the guidance of director Walter Baets, the school has increased its focus on substance and relevance; moving steadily towards a stronger emphasis on adding value and achieving sustainability through social innovation in business. 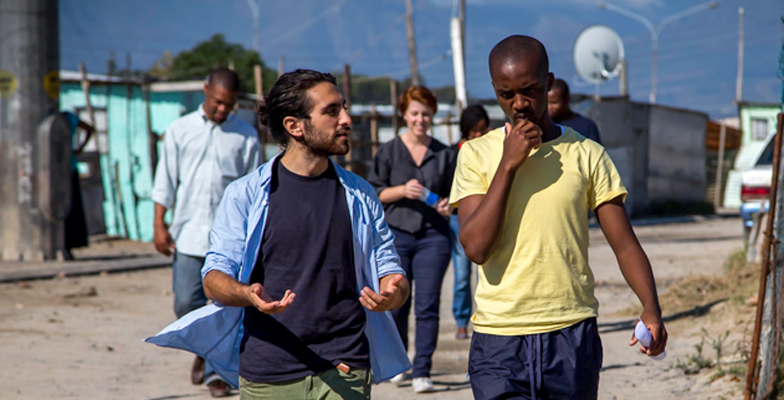 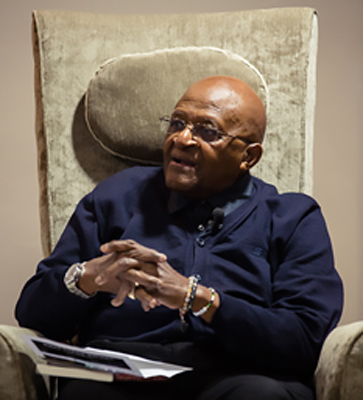 Archbishop Desmond Tutu speaking at the GSB Distinguished Speaker’s Programme in 2014.
Share this article online via: